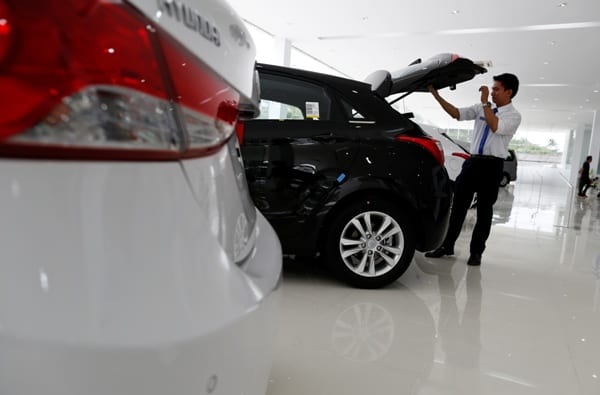 Holders of ‘new for old’ import permits in Yangon’s automobile market are commonly buying older cars within Myanmar rather than importing from abroad due to the domestic models being cheaper, according to Yangon auto market sources.
In 2011, the government introduced a ‘New for Old’ programme aimed at improving the quality of cars on the country’s streets, where car owners could exchange their older models of cars for newer, more fuel efficient and cleaner ones. As part of this campaign, car owners were given an import permit – or ‘pink slip’ – of the value of their car, which they could exchange to import newer models of cars.
The price of the permit can be as high as K11.8 million ($12,160) and with some domestic models, most notably the Toyota Probox sometimes available for K1.15 million ($11,850), customers are increasingly purchasing the cars that are already in the country rather than importing them from abroad, according to U Min Oo, head of the Automobile Dealing Association Office.
Myanmar’s car market has seen huge progress since the programme began in 2011 and is cited as one of the industries that are expected to grow hugely amid the country’s current rapid wave of reforms.
International car giants including Ford, KIA, Hyundai and Chevrolet have begun their operations within the country in recent years.