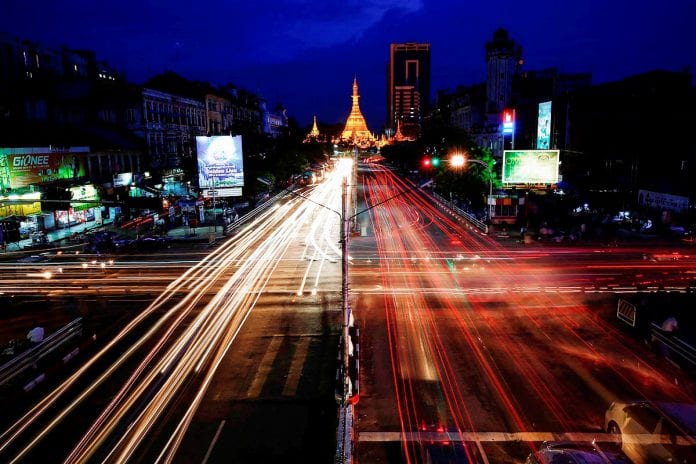 In a meeting with the business community recently, Myanmar President U Thein Sein declared that “economic development for the country is possible only when the private enterprises that constitute 90 percent of the country’s economy develop,” and that “the government and the private sector must work hand in hand.” He also urged the business community to work with the government in showcasing Myanmar’s “private sector prowess” during its ASEAN Chairmanship.

Indeed, economic growth in Myanmar has been strong over the past several years, with the International Monetary Fund predicting a 7.5 percent growth rate for 2014. Creating a business environment that is conducive for increased foreign direct investment as well as a vibrant domestic private sector is a key element in generating strong and sustainable economic growth.

At the local level, the important role of small- and medium-sized businesses (SMEs) to provide employment and services to communities, to generate much-needed revenues for local governments to finance social services and development initiatives, and to participate effectively in the emerging production chains as part of Myanmar’s regional and global integration must be encouraged.

However, despite comprising 99.4 percent of businesses in the country, not enough attention has been paid to the business environment encountered by Myanmar’s SMEs. Though they account for a much smaller share of GDP than larger firms, their success will be inseparable from the growth and development of Myanmar’s overall economy, especially in terms of job creation. Strengthening these local agents of growth is dependent not only on furthering national reforms but also on strengthening the support of local governments at the state and regional levels.

For SMEs, the majority of business-government engagement happens with subnational governments, including various local and state/region authorities. A new discussion paper jointly produced by The Asia Foundation and the Myanmar Development Resource Institute’s Centre for Economic and Social Development analysed the role that local government institutions in Myanmar play in economic governance and how this affects SMEs. Intending to provide a more nuanced view of the reality for businesses operating in Myanmar, the research team carried out 30 in-depth interviews and focus groups with businesses, business associations, and government officials in two cities, Mawlamyine in Mon State and Monywa in Sagaing Region.

The report finds that, despite changes in governing structures over the last few years at both the national and subnational levels, offices under the control of both the Union and the state/region governments continue to work together on a wide range of issues affecting business. These offices form a web of interlinked, overlapping, and often ambiguous authority. Instead of different parts of government having different responsibilities, in Myanmar, every part of government plays a role in everything, particularly at the local level. This dynamic is at the root of the excessive red tape and bureaucracy that currently constrain businesses, especially SMEs.

Businesses engage with government for a wide range of services and permissions. Among the most important are operating licences, construction permits, inspections, taxation, finance, and the provision of infrastructure and basic utilities. Different firms experience these interactions differently, depending on the size of the business, sector of operation, or networks of the business owner, with fewer differences evident between geographic locations. The report found that businesses almost universally view the two most lucrative taxes, the commercial and the income tax, as problematic as they do not generally follow prescribed schedules but instead depend on relationships, negotiation and bribery. Other important interactions, such as inspections and obtaining construction permits, were generally viewed as less of an obstacle to doing business. By example, most businesses noted that they had been inspected at some point, though the time and financial burdens were minimal.

While the business environment remains challenging in Myanmar, one area that has seen notable improvement is the government’s willingness to engage and communicate with the business community, as echoed in President Thein Sein’s address. An increasingly common sentiment among business owners, especially those of SMEs, is that government is now more open, and that it is easier to meet with government staff. Many new committees have been formed through which businesses can advocate for improvements in government services or infrastructure. Often, the state/region cabinet can approve these requests without higher authorization from Nay Pyi Taw.

Based on these findings, the report authors suggest several policy recommendations that need to be prioritised. First, the government needs to reduce red tape and bureaucracy and work to create an efficient and predictable business environment. It is this – not the promotion of business, or specifically of SMEs – that will be fundamental to the country’s development. Complementary to this, Myanmar’s civil service must re-orient from seeking rents to providing services. Rent-seeking is especially pronounced in licensing and taxation, and gradually addressing this through increasing civil service salaries and penalties for corruption will help lower the cost of doing business and improve the allocation of labour and capital in the economy.

Additionally, within the parameters of Myanmar’s wider efforts to decentralise, it is imperative that the government push to clarify the roles of each level of government and their authority over business to improve the predictability of government in both policy and implementation and to move from relationship-based interactions to more formalised, transparent, rules-based processes.