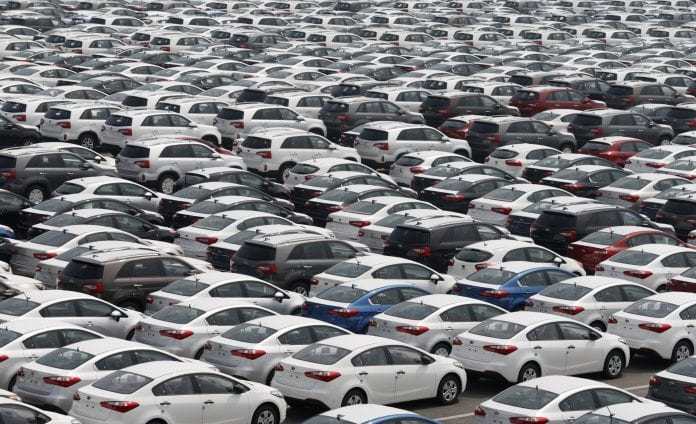 Hyundai Motor aims to raise its market share in Myanmar to over 15 percent in the next three or four years, basking in the huge popularity of South Korean culture, the sole dealer for the automaker in the country said on Tuesday last week.
Hyundai Motor, which opened its first showroom in Yangon in August, plans to set up 14 dealerships in major cities by 2018 as it seeks to crack into the small, but growing market dominated by Japanese carmakers, Kolao Holdings said.
“Young people in Myanmar who watch Korean dramas visit our showroom and look for cars that were shown in the dramas,” Oh Sei-young, chief executive of Kolao Holdings, said at a media briefing.
“Hyundai is really keen on the Myanmar market.”
South Korean culture, known as the “Korean Wave” or Hallyu, has swept through Asia in recent years generating billions of dollars in revenue from drama and pop music.
Myanmar’s car market started to bloom around 2011, after the quasi-civilian government of President Thein Sein took over from the military government, allowing some old cars to be swapped for permits to import newer models.
Myanmar will have a total 331,468 passenger cars registered this year, up 24 percent from a year earlier, according to Kolao, adding only six out of 1,000 people own cars there.
Most of the cars are Japanese, which dominate most Southeast Asian auto markets such as Indonesia.
The likes of Nissan Motor and Ford Motor have raced to gain a foothold in the Myanmar market, spurred by the government’s loosening of import regulations on new cars in 2011.
Hyundai Motor, which sells the Starex van and Elantra small sedan in Myanmar, targets sales of 1,500 cars next year in the country, Oh said.
In neighbouring Laos, Kolao Holdings imports and sells new cars from Hyundai Motor, Kia Motors and China’s Chery, and assembles knock-down kits of second-hand imported cars, controlling 37 percent of the country’s imported car market.
Kolao Holdings said in a filing on Monday last week that it plans to raise about $150 million through share sales in Singapore to help boost auto financing business in Laos, Myanmar and Cambodia.   Reuters