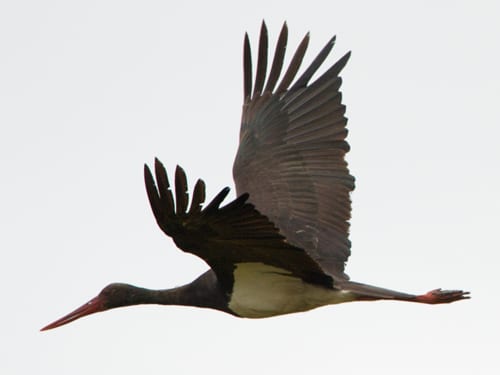 Aspirations to include Indawgyi Wildlife Sanctuary in Kachin state in the UNESCO’s world network of Biosphere Reserves have been boosted when Inlay Lake, a smaller cousin of Indawgyi Lake, in Shan state has become Myanmar’s first Biosphere Reserve in early June.

With the lead of the government’s Forestry Department, Fauna and Flora International (FFI) and local and international partners are developing preconditions and conceptual planning to receive UNESCO’s official recognition for the area which encompasses Myanmar’s largest freshwater lake Indawgyi and surrounding wetlands and forests.

Biosphere Reserves (BR) are a centrepiece of UNESCO’s Man and the Biosphere program launched in 1971. They embody a concept of harmonisation between biodiversity conservation and the sustainable development of the communities. They are places of cooperation, education and research where scientists can study human’s impacts on nature and where the local communities, conservation groups and private industries can work together.

Income diversification to relieve pressure from resource-based livelihoods is part of the conservation strategy for Indawgyi. Although infrastructure and service industry are still underdeveloped, Indawgyi, with its significant cultural and natural values, holds great potential for the development of a community-based tourism.

Tourist numbers have soared since 2013 while the government jointly launched a project with FFI in 2014 to shape the area’s growing tourism sector in the area into a thriving industry both ecologically sustainable and beneficial to the local population.

Inlay Lake, a major tourist destination, was inscribed as Myanmar’s first biosphere reserve in early June. Emboldened by this momentum, expectations are high that Indawgyi will become the next BR in a year’s time with the nomination dossier planned to be submitted by September.

Located in the Mohnyin District in southern Kachin State, Indawgyi houses 449 bird species, of which 99 are water birds while 95 species of fish including at least five endemic species have been found in the Indawgyi Basin as of early 2015. The list is still expanding with recent expeditions discovering new fish species, some of which are even new to the science.

The lake and the watershed area form a globally important bird area providing a key staging, wintering and breeding site for over 20,000 migratory birds that come from as far away as Siberia. Situated off the beaten track, the lake’s natural features are largely shielded from overwhelming outside influences and this puts the area in a position to learn from development in other places and prepare necessary premises for sustainable development.

In addition to the biodiversity values, the area hosts significant cultural heritages. Shwe Myint Zu Pagoda, located on the lake, is renowned across the country and the monasteries and other religious structures existing in many villages that dot around the lake represent the cultural heritage of the local population, made up mostly by Shan along with smaller Kachin and Burmese ethnic groups.

Regional and national level workshops are planned this month, which will bring together the stakeholder groups to completely prepare the nomination dossier for Indawgyi. The dossier is planned to be forwarded to the MAB Secretariat by September after being reviewed by the government and stakeholders.

On the other hand, population growth and the inflow of migrants from Shan state and central Myanmar are increasing the pressure on local resources. Illegal logging, unchecked firewood collection and encroachment to expand cultivation are causing deforestation while the fish stocks are threatened by overfishing and improper fishing methods (electric shocks and using nets with tiny mesh). Illegal gold mines operating on the lake’s tributaries cause siltation and water pollution in the lake.

In the presence of such threats, biosphere reserve principles can serve as a framework to promote conservation while improving sustainable livelihoods for the local. “Biosphere reserves are based on collaborative planning and management. The zone concept is designed to be flexible and may be implemented in many ways which suit the local circumstances best. Win-win solutions for conservation and sustainable development can be found through active engagements between all the key stakeholders including government, local communities, conservation organizations and private sector,” said Frank Momberg, Myanmar Programme Director of FFI.

Zonation is an integral part of the BR. Conservation and economic interests are both considered in zones which complement each other. BRs usually contain three types of zones: core zones, buffer zones and transition zones. Core zones are long term protected areas and they are surrounded by buffer zones where only ecologically-sound activities and regulated resource extractions take place. Transition zones contain settlements, farms, fisheries and other activities which are sustainably managed.

The co-management approach enshrined by biosphere reserves is prominent in the conservation actions currently implemented in Indawgyi. To establish and reinforce no-fishing zones to replenish the lake’s fish numbers, extensive education and consultation with the local fishing communities were conducted by authorities and conservation groups. As a result, agreements on zonation areas are reached which will be co-managed by all the stakeholders.

“The zonation is planned to extend to wetland areas essential for birds and the lake with consultations already taking place among the stakeholders. Since January, FFI and partners have also been raising awareness on the concept of biosphere reserve among the communities,” said U Ngwe Lwin, FFI’s Terrestrial Programme Manager.

Seminars and discussions were held in nearly 20 villages around the lake to inform the residents about the cooperative nature of the concept and the natural and cultural values it aims to conserve along with fostering sustainable development.

“The feedback and suggestions of the communities were also sought and they were encouraged to participate in the process. The high environmental awareness and willingness to communicate and collaborate shown by the communities significantly expedite stakeholder dialogue for the development of a BR,” U Ngwe Lwin said.

As BRs are sites where continuous experiments and research take place, related infrastructure improvement will be encouraged while local conservationists and researchers will be able to access the expertise, information and support through regional and international networks.