This should be the heyday of independent hotels, which by their very nature offer the distinctive experiences sought by many travelers.

Instead, they are up against huge hotel companies with deep pockets as well as competitors on Airbnb. The result? More independent hotels are either joining the big chains or shutting their doors.

Thirty years ago, about two-thirds of all hotels were independent, according to the hotel data company STR. Today, less than 40% are independently owned and run.

One of the biggest reasons independent hotels are disappearing is that they’re being acquired by the large hotel companies or joining them as affiliates to tap into their marketing power.

Accor had 3,600 hotels and 14 brands in 2013. Now, through acquisitions and investments in other lodging companies, it now has nearly 5,000 hotels under 39 brands. The chain IHG was also one of the first to the trend, buying the boutique hotel company Kimpton in 2015.

Marriott International’s purchase of Starwood Hotels & Resorts in 2016 included the acquisition of the Luxury Collection and Tribute Portfolio. These groupings of affiliated hotels, known as “soft brands,” get access to the big companies’ reservation and marketing resources but keep their individual identities.

Marriott has had its own soft brand since 2010, the Autograph Collection, which now includes more than 175 independent upscale and luxury hotels worldwide, among them the Emery Hotel in Minneapolis and the Publica Isrotel in Tel Aviv. Nearly 90 more hotels are in the process of joining the Autograph group.

From a customer standpoint, the clear demarcation between a chain and an independent hotel has totally eroded, said Jan Freitag the senior vice president for lodging insights at STR. When a guest walks into a hotel, he said, it’s not apparent that “it may be powered in the back by an affiliation.”

The big chains have been expanding their soft brands to meet the needs of travelers looking for “unique, boutique or historic” places to stay or to add a smaller or different-priced offering to a market where the company sees an opportunity, said Ting Phonsanam, a founder of Momentum Hospitality Management. His company works with independent hotels to strengthen their brands, help develop renovation plans or prepare their properties to join a soft brand.

Independent hotels that join a soft brand keep much of their own personality, Phonsanam said. “They can make their own decisions on uniforms, dining offerings, furniture and other aspects of the hotel,” he said.

The fee can be significant, commonly 5% to 10% on all revenue, Phonsanam said. In return, soft brand members receive help with marketing and can take advantage of the larger company’s purchasing power or property management software.

Joining a soft brand can grow even more expensive, though, if the hotel requires significant renovations or operational changes as a precursor to joining the group.

There’s also significant competition from Airbnb, said Jeffrey Low, founder of Stash Rewards, which offers a loyalty rewards program for independent hotels. Airbnb is adding inventory to the alternative lodging market, attracting customers “who might otherwise choose an independent hotel,” he said. That drives down the prices independent hotels can charge, Low said.

Independent hotels with strong established positions in their markets are the most likely to reject offers to join a larger group.

Barbara Malone, an owner of the 110-year-old Hotel Sorrento in Seattle, says the key to success for the independent hotel she owns with her husband has been to “stay true to the hotel’s DNA as a community builder,” offering music and literary events and serving their core customers including families coming to the area for medical treatment. At the same time, she said, it’s important to stay nimble and take advantage of new opportunities, like the current expansion of Seattle’s convention center just a few blocks away.

Still, she said, it’s becoming more challenging to operate as an independent hotel. “The major brands can approach corporate clients with a large portfolio and a range of prices,” she said. “That’s stiff competition.” The Sorrento also competes with a growing number of Airbnb offerings and other short-term rentals.

Patty Baird, who owns the independent Cedar House Sports Hotel in Lake Tahoe, California, with her husband, focuses on creating a sense of place at the hotel, including photography retreats, cooking classes using local ingredients and a dog-friendly itinerary on the hotel website. A recent outing to a local food hub and brewery gave visitors “a sense of our town and its spirit,” she said.

Independent hotels can face higher costs than large chains when working with online travel agencies like Expedia and the Priceline Group. Hotels generally pay a 15% to 30% commission when a traveler uses the online booking agency to reserve a room. But larger companies like Marriott use their market power to negotiate lower booking rates. Independent hotels also rely more on online travel agents to book their hotel guests than the big brands.

For its part, Expedia says buying those key words can help independent hotels because its research shows that search experiences that associate hotels with an Expedia family brand name give those hotels more credibility and customers are more likely to book them.

Jolene DiSalvo, senior vice president of Columbia Hospitality, which manages the Cedarbrook Lodge, said that while the hotel appreciated the wider audience exposure provided by online travel agencies, the goal is always to “drive direct bookings to our websites,” both for the extra revenue and more important, she said, to own the customer experience from the start.

Extreme weather has been especially hard on independent hotels because they don’t have the resources of a major chain to rebuild. According to the research company STR, 1,000 independently owned and operated hotels closed in areas along the Gulf of Mexico and the Atlantic from 2003 to 2007. Those were the years that nearly 40 hurricanes, including Katrina, came through the areas.

The big chains have also been building new hotels at a faster clip than independents, according to STR. One reason for this may be that lenders prefer hotel projects that are affiliated with a large hotel chain because they see it as a less risky investment, Phonsanam said.

A set of businesses is serving independent hotels to help them “compete and thrive,” said Low of Stash Rewards. Accruing points for travel can be an important factor when choosing a hotel, especially for business travelers, Low said, so his product helps independent hotels stay on a guest’s radar.

Those in attendance at the latest conference, held last week in downtown Los Angeles, expressed their concern that many guests see soft brand hotels as “boutique enough,” Chan said. That, Chan said, was making it hard for truly independent, distinctive hotels to remain that way. 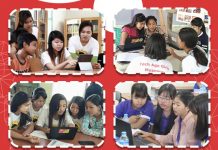