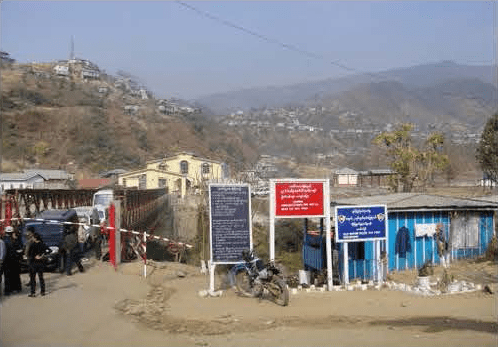 India has proposed to set up a joint working group with Myanmar to decide on a short stretch of undemarcated border after the armed forces of Myanmar recently made an attempt to set up a camp in a village in the northeastern state of Manipur.

“Through our mission in Myanmar, we have made a suggestion that a joint border working group should be set up to resolve this issue of the undemarcated portion of border near Border Pillar 76,” Syed Akbaruddin, official spokesperson of India’s Ministry of External Affairs, said last week.

He said India’s envoy to Myanmar, Gautam Mukhopadhyay, has already approached the Myanmar government with the proposal to set up the joint working group.

However, he declined to refer the incident at Holenphai village near Moreh in Manipur as an intrusion.

“We have been informed by the Ministry of Home Affairs, which oversees that part of our border, that there has not been any intrusion,” said Akbaruddin.

India and Myanmar had an understanding that no side would take up any construction work near the undemarcated stretch of the border. The Myanmar army, however, of late started works to set up a camp near Holenphai village of Manipur, triggering protests from Indian state government officials.

“I understand that Assam Rifles, which comes under the Ministry of Home Affairs, is already in touch with the Myanmar army,” said the MEA spokesperson.

Local officials of Manipur government, led by Additional Deputy Commissioner of Moreh Robert Singh Kshetrimayum went to Holenphai on August 22 after the villagers reported that the soldiers of the Myanmar army’s 87 Light Infantry were clearing the ground near the Border Pillar 76.

Manipur chief minister O Ibobi Singh had earlier said that some border pillars in the area were missing and some were covered with thick grass because of lack of maintenance. He had urged the central government to settle the issue with Myanmar authorities at the earliest.