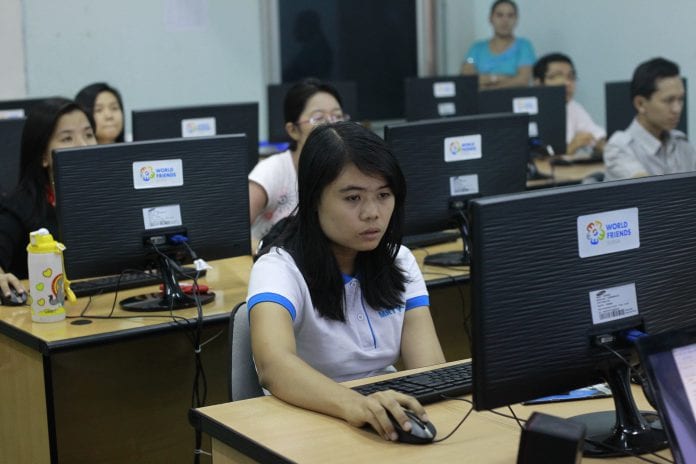 The MoU is a continuation of India’s engagement for improving Myanmar’s vocational education system. It elevates the employability of Myanmar students in sync with global demands. The fact that several skills-training institutions have already been setup since 2008 indicates a slant far from the observation that India is not adequately proactive in its ‘Look East’ policy. These include the India-Myanmar Industrial Training Centre at Pakokku and another in the pipeline at Myingyan, the Myanmar-India Centre for English Language (MICELT) and a Myanmar-India Entrepreneurship Development Centre (MIEDC).

The timing indicates that India respected a policy of non-intervention and a neutral diplomatic stance towards the erstwhile regime. A more significant point is that the industrial and IT training centres were setup as grant in aid ventures. Full control was handed over to the Myanmar government after their establishment. This reflects the policy of goodwill of the Indian government, whose only aim according to sources is to improve the capability of Myanmar’s human resources.

Improved skilled labour is most crucial in the agricultural arena, as Myanmar, like India, is primarily an agricultural economy. With this aspect an MoU founding the Advance Centre for Agricultural Research and Education at Yezin Agricultural University, Nay Pyi Taw was signed in 2012. The diversity of the areas of study indicates India’s comprehension of the demands of a transforming Myanmar. A case in point is that English being the official language of ASEAN, and Myanmar set to chair the 2014 summit, India’s MICELT can contribute to greater harmony of communication with the organisation’s members.

India’s proactive stance is met with equal enthusiasm in Myanmar as seen in the numbers. A total of 1,400 pupils underwent training at IMCEITS, 400 have already graduated from MICELT and 407 from the India-Myanmar Industrial Training Centre. Another conspicuous statistic is the number of Myanmar ministers attending courses under the ITEC/TCS scholarship program. The Indian government increased the figure from 250 in 2011 to 525 for the 2013-14 batch after observing positive feedback. The availability of a ministerial scholarship program demonstrates the diplomatic support of the Indian government for its neighbour’s leaders. The focus on imparting skills underlines India’s rational foreign policy where the approach is to not only to meet challenges but to race ahead in spite of them.

India understands that the long term opportunities in Myanmar are accompanied by temporary barriers. While on one hand there are numerous jobs being created in the industrial and IT sectors, there is a gap in human resources. As Aung San Suu Kyi stressed, the lack of a proper education system until recently means that the vast number of adults aged 40 and above “are not equipped for gainful employment and it is not easy for them to go back to formal education.” The high literacy rate of 95.13 percent is weakened by the commonplace rote system of learning. Consequently vocational training is a speedier way to gainful employment.

India’s focus on technical education may not be merely because of the economic factors but political aspects. The previous government had shifted many universities to rural areas to deter pro-democracy protests by students, which may lessen the ease of formulating academic education MoUs. This may explain the only MoU on these lines is the one signed between the University of Calcutta and Dagon University in 2012. Myanmar is prepared to spend $1 billion in the 2013 education budget but it is likely that the plan to modernise and organise its 146 higher education institutions will not be implemented overnight. Another factor is that the immediate stipulations of the burgeoning industries cannot wait for students yet to graduate. The older generations can be trained in short term technical courses to fill certain gaps.

The challenges in Myanmar’s education system are a door for forging stronger relations between the neighbouring countries. Myanmar is now keen to restructure its education system based on not only English, French and Japanese models but also a developing nation namely India. New Delhi knows that there are several other countries and NGOs also imparting skill-based education, but, according to sources, does not seek to compete. The absence of a contest does not mean India is compromising on standards of excellence. For instance an ambitious project is the upcoming Myanmar Institute of Information Technology (MIIT) at Mandalay modelled on the basis of the Indian Institute of Technology, Bengaluru. It has a planned capacity of 2,000 students.

Skills based education thus enables India to be an important actor under the Kunming Initiative. It remains to be seen if further enterprises will offer opportunities to exemplify Indian values of democracy on campuses, especially with ongoing plans for making Myanmar’s colleges autonomous. However, the modernisation program will definitely offer new opportunities for Indian investors. Myanmar students too have an advantage by choosing these institutions.

Higher Hopes Without Leaving the Homeland

Students in industrial training centres in Myanmar are not likely to hail from the upper income level. They cannot afford the more expensive option of higher education abroad. Hence, the institutions set up by India are strategic for enhancing employability after home-based higher education. An example is seen in the industrial training centre which accepts graduate students for generating skilled labour.

The observed developments indicate that although critics emphasise the need for greater economic cooperation between the two countries, India is writing its own modest manifesto. This is evident in the steps taken to improve economic strength via skill-based education over the eastern frontier.

Asma Masood has interned at the Southeast Asia Research Programme, Institute of Peace & Conflict Studies, New Delhi, India. She studied M.A International Studies and B.A Journalism from the University of Madras. Her area of interest is International Relations in the Asia-Pacific.