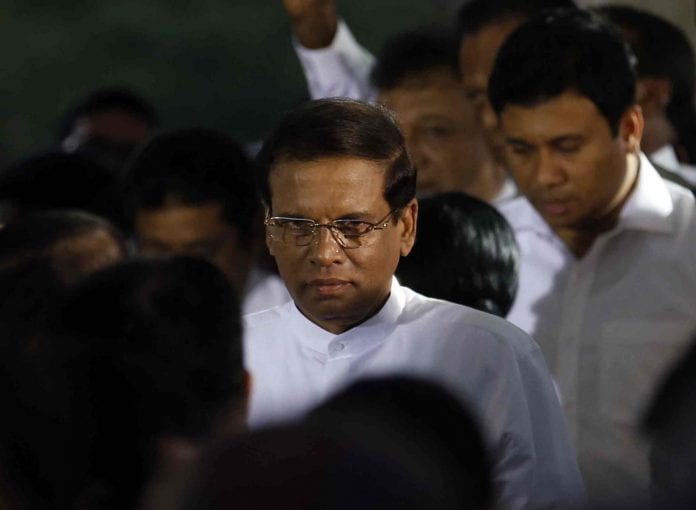 Sri Lanka’s President Maithripala Sirisena visited India last month, in his first state visit abroad. In a recent speech he declared, “In considering the past, we make a clear commitment towards following a foreign policy of the middle path, in friendship with all nations.” This signals that the new Sri Lankan government seeks to repair relations with New Delhi which soured under the previous government. President Sirisena’s visit follows close on the heels of his decision to review of all Chinese infrastructure projects awarded under Rajapaksa, his predecessor.

How do Indian infrastructure projects in Sri Lanka pan out in comparison to Chinese ventures? What is the significance of the Hambantota project for Sri Lanka and the world economy? What were the implications of the visit for India–Sri Lanka relations?

Sri Lanka has invested heavily in infrastructure since the civil war ended in 2009. Enormous attention is being paid to the tentative plan of China developing the Hambantota port. However there is not enough spotlight being shed on India’s infrastructure projects in the island nation. One area where many projects are located is the once war torn Jaffna district. The irony lies in the fact that the once war affected districts which India is helping to rebuild were attacked by a defense force partly supplied by Beijing. In the present day, China denies claims of a military maneuver behind its Sri Lankan forays, but the docking of PLA-Navy submarines at Colombo does not allay India’s fears. On the other hand, it is evident that the Indian ventures are being carried out to rebuild the civilian fabric of Sri Lanka’s socio-economy.

Palaly airport in Sri Lanka’s northern Jaffna district will be developed as a civilian airport with Indian cooperation. This is despite Palaly being an important site for military aircraft. It reflects the commitment of India to repair the civilian economy of the island nation. Palaly being a crucial connecting point between Jaffna and the rest of the country, demonstrates that India is eager to lock in peaceful reconciliation via infrastructure links among all sections of the country. Another instance of Indian benevolence is the now fully operational Colombo-Matara rail link, which was destroyed by the tsunami. It was rebuilt and upgraded by an India under a $167.4 million concessional line of credit. It is to be noted that Matara is a major commercial hub in Sri Lanka, and thus has gained by India’s aid. Interestingly, Matara will be linked to Hambantota by a rail line partly funded by Chinese loans. Thus Indian and Chinese infrastructure ambitions in Sri Lanka are converging at a common point of interest. It remains to be seen if the future holds joint cooperation between Delhi and Beijing in developing Sri Lanka’s infrastructural economy.

Another important project that India is involved in the renovation of the Kankesanthurai Harbour in northern Jaffna district, which acts as a Sri Lankan naval base. It is clear that India is only interested in economic prospects for the same, as part of its line of credit of $382.37 million is being utilised for the track laying on the railway line to connect Kankesanthurai with Pallai, another coastal town. Besides, India has no strategic reason or need to dock its naval vessels at the renovated harbour, as the subcontinent state already possess the expertise and logistics required.

It is also significant that many of the Indian infrastructure-building and renovation projects in Sri Lanka are sponsored via grants. On the other hand China is also cooperating in civilian projects but mostly through hefty long term loans. These include the $292 million funded Colombo Port highway, the Lakvijaya coal power plant funded with $455 million from China’s Exim Bank, and the $350 million funded South Container Terminal at Colombo. The scale of the projects has generated anxiety in Delhi over a looming Chinese stronghold in the isle. India is not the only party with apprehension. The newly elected Sirisena government too has displayed concern over growing Chinese influence and especially the allegations of corruption during the Rajapaksa regime. Nevertheless these fears do not mean the projects under review will be scrapped. For instance on February 7, Prime Minister Ranil Wikremesinghe announced that the feasibility of the China-funded port city in Colombo is to be studied. Similarly, the Hambantota project could have immense prospects for Sri Lanka, and India may learn to accept it as a crucial part of the Sri Lankan economy.

The Hambantota port project will capture a share of the lucrative shipping lanes west of Malacca and east of Suez. Named the Magam Rahunapura Mahinda Rajapaksa Port, it is a deep sea bunkering, logistics and industrial facility under construction on Sri Lanka’s southern coast, and will define the trajectory of the nation’s postwar economy. Its first phase being built at a cost of $361 million, with 85 percent being loaned by China, it will also be one of the strategic gateways lining China’s vision of a Maritime Silk Route. Thus it has potential to transform the Sri Lankan status on the global maritime shipping map. There are interestingly a few advantages for India as well. As 70 percent of shipping to and from Indian ports is handled by Colombo, the Hambantota port complex can ease pressures on Colombo. India also depends on the adjoining maritime territory for its energy needs. The sea lanes a few miles south of Hambantota are used for about 50 percent of India’s energy supplies.

China too gains as 80 percent of its oil supplies pass through this route. The economic significance of the Hambantota project has ripples across the globe in other states as well, especially in Southeast Asia. It is thus no surprise that the deep water is not a sole Chinese entry. It is a multilateral effort in which investors from Singapore, Hong Kong and US are also joining the Chinese investors. Promoting multinational investment, particularly with US involvement, makes China’s activities less susceptible to criticism from Indian and American analysts who fear the rise of China in the Indian Ocean. Sri Lanka’s new government may be tilting towards India, but it is clear that it still needs Beijing’s help to develop its ambitious economy.

India has much to gain politically, strategically and economically from President Sirisena’s visit. It will help cement once wavering ties and consolidate India- Sri Lanka relations at a new level. An acceptable balance of power can be created between Sri Lanka’s two giant partners. While China forays into Hambantota, Sri Lanka must reassure India that the project will remain a commercial venture. On the other hand, India can continue to hold strong ties based on its presence in Trincomalee on Sri Lanka’s eastern coast. Coast Guard maritime exercises were carried out between India, Sri Lanka and Maldives here. But there is significance beyond strategic concerns in this port city, given its nature as an energy hub.

As Shiv Shankar Menon had stated, given the need for energy security, it is natural that Indian companies would operate oil tank farms in Trincomalee in Sri Lanka. In fact one reason why India sent its military to Sri Lanka in 1987 was reportedly to prevent Trincomalee Harbour from falling into the hands of Western powers, especially the US. There is immense potential in this region for India to establish its interests. In 2013, the Indian Oil Company announced it would invest $40 million to refurbish about 30 oil tanks at this eastern port city. Interestingly soon after India voted against Sri Lanka at the UN Human Rights Commission over its alleged rights violations, Rajapaksa’s regime announced it would take over tanks not being used by Lanka IOC. It remains to be seen how the new government will handle this turbulence. It is encouraging to observe that IOC is considering setting up its first refinery outside India in Sri Lanka.

Hence it is observed that there is potential for a balance to be created between Indian and Chinese presence in Sri Lanka. Amiable relations must continue with Beijing, while ensuring that Indian interests are also prioritised. From this trilateral relation, a new powerhouse of economic and strategic potential can emerge. All three countries can thus share a mutually beneficial relationship while flying into the horizon of the Asian century.

Asma Masood is a Research Officer at the Chennai Centre for China Studies (CCCS). Her areas of interest are China, South Asia and dynamics of foreign policy. She can be reached at: asma.masood11@gmail.com, or in Twitter: @asmamasood11. The article was first published in CCCS website and has been republished here with the writer’s permission.