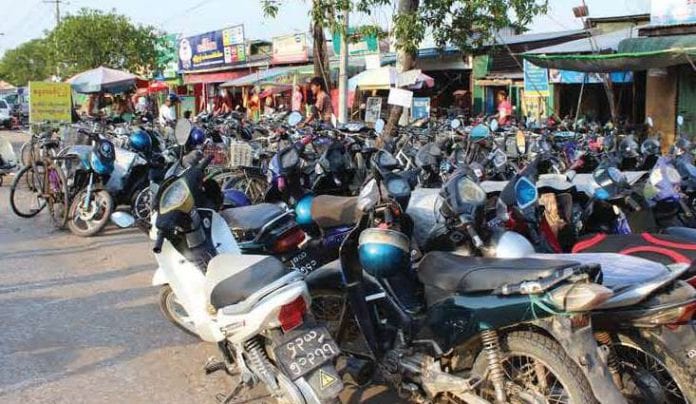 Imports of motorcycles from India have not gone up as expected despite legalisation of motorbike imports from the neighbouring country last year.

About 2,000 motorcycles have been legally imported from India in the past three months, according to U Win Maw, head of Tamu Border Trade Centre.

“Our trade centre allowed the import of motorcycles starting last year. New models are currently being imported but the rate of import hasn’t picked up yet. The major import brands are Yamaha FZ and Honda,” he told Myanmar Business Today.

The higher cost of Indian motorbikes compared to their Chinese or Thai counterparts, which are the most sought-after varieties in Myanmar, has also dented import growth.

“Myanmar locals mainly ride Chinese- and Thai-made motorcycles and rarely use Indian products,” according to Ko Ye Htut, a motorcycle trader from Mandalay.

“People seldom buy Indian motorcycles as they are much expensive than Chinese ones,” he added.

A trader who trades through Tamu border station told Myanmar Business Today, “There is a great deal of illegal trade present here. Trade through legal channels would cost K50,000 more per unit, leading people to trade via illegal means.”