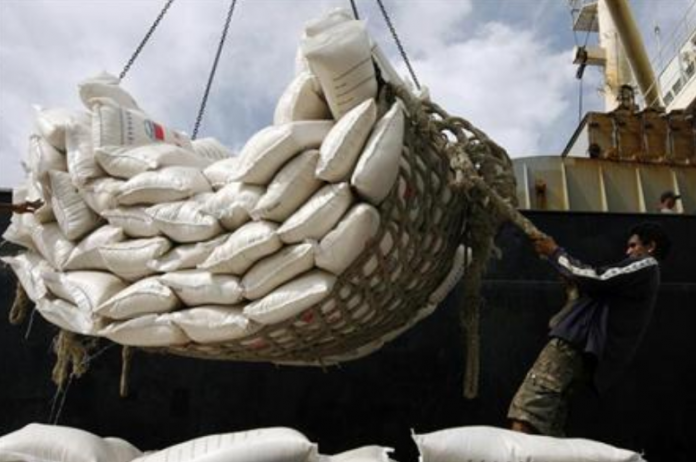 BENGALURU, April 23 (Reuters) – Rice export prices in India eased from a eight-month peak this week on the rupee’s record fall, while the coronavirus lockdown has raised concerns about a shortage of labour to harvest the summer crop in neighbouring Bangladesh.

“The lockdown has been limiting the movement of paddy and milled rice,” said an exporter based at Kakinada in southern state of Andhra Pradesh, adding that demand from African countries had been good.

India extended a lockdown on its 1.3 billion people until at least May 3 as the number of coronavirus cases exceeded 20,000.

In Bangladesh, where the lockdown has been extended until May 5, harvesting of the summer rice crop varieties could be affected due to a shortage of labourers.

If this persists, Bangladesh could miss its target of 20 million tonnes for the “Boro” summer variety rice crop this season, agricultural ministry officials said.

Boro contributes more than half of Bangladesh’s typical annual rice output of around 35 million tonnes.

Meanwhile in Vietnam, rates were nominal since exporters were not ready to sign new contracts, given uncertainty over whether they can ship the rice due to the government’s export quota, a Ho Chi Minh City-based trader said.

However, prices for 5% broken rice <RI-VNBKN5-P1> were quoted at $440-$450 per tonne – their highest in nearly two-years. “Buyers are not willing to sign contracts as they are not sure if they can buy,” the trader said.

The Vietnamese government said on Wednesday it would raise its white rice exports quota for April to 500,000 tonnes from 400,000 tonnes.

Traders said the 500,000 tonnes of rice to be exported this month were not enough to cover contracts signed before the government introduced a ban on rice exports in March.

Traders say rice prices have not fluctuated much as demand has been steady with no major deals in sight.

“Many Thai exporters are waiting to see how the return of rice exports from competitors like Vietnam will impact prices and demand, after the disruption from the COVID-19 pandemic,” a Bangkok-based rice trader said.

Disruptions to sale by major exporters like Vietnam and India earlier this month raised the price of Thai rice to their highest level since April 2013.

Concerns over possible shortages of rice supply due to the ongoing drought continue to impact prices as well, traders said.