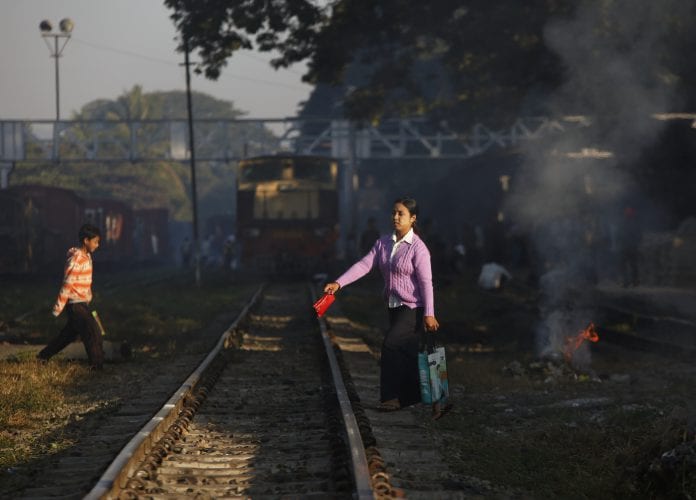 The World Bank has announced its first full partnership framework for Myanmar in 30 years that focuses on improving basic infrastructure and services and supporting small businesses.

The 2015-17 Country Partnership Framework (CPF) will provide up to $1.6 billion in credits, loans and grants, as well as technical assistance and knowledge from the International Development Association (IDA), the bank’s fund for the poorest countries.

Myanmar will also receive up to $1 billion in investments and $20 million in technical assistance from the International Finance Corporation (IFC), the private sector arm of the World Bank Group. Private lenders and investors in Myanmar will also benefit from political risk insurance offered by the bank’s Multilateral Investment Guarantee Agency (MIGA).

The bank’s strategic framework comes as the former pariah country transitions from military rule to democratic governance, with its economy shifting from state-directed to market-oriented.

“The framework focuses on reducing rural poverty, providing basic services, and stimulating the private sector in an inclusive manner, so that especially the poor and vulnerable share in the benefits of reform,” Ulrich Zachau, World Bank country director for Myanmar, said.

“The new [framework] for Myanmar is based on priorities developed in close consultation and engagement with stakeholders in Myanmar,” he added.

About three million pregnant women and children in Myanmar are expected to benefit from improved health services, and six million people are to have better access to electricity and other basic services in the next three years under the framework, the World Bank said.

Union minister for finance, U Win Shein, said, “Financing and innovative ideas … can help create jobs, end poverty by 2030 and build Myanmar through growth that reaches everyone in Myanmar, especially the poorest people.”

The World Bank said the CPF will help reduce poverty in rural areas where more than 75 percent of Myanmar’s poor live. The strategy will focus on increasing economic opportunities and access to basic services, reducing vulnerabilities, and empowering poor rural communities to participate in the economy and the governance of the country.

The CPF will also help Myanmar improve the quality, access and delivery of essential services for its people, including health care and schools, and help the government achieve its announced goal of universal healthcare access by 2030, the World Bank said.

The lender added that the framework will stimulate job creation in Myanmar by building a dynamic private sector, with support to improve access to finance for small businesses, telecommunications and information technology, modern financial institutions, and the expansion of overseas trade for Myanmar businesses.

World Bank said its support aims to increase the number of people, micro-enterprises, and small and medium enterprises using financial services by 200,000, and to facilitate financing of up to $40 million by 2017.

It added that it aims to help the government mobilise $150 million in private investment by creating a business environment conducive to private sector investment.