Initial Census Results to be Released in August 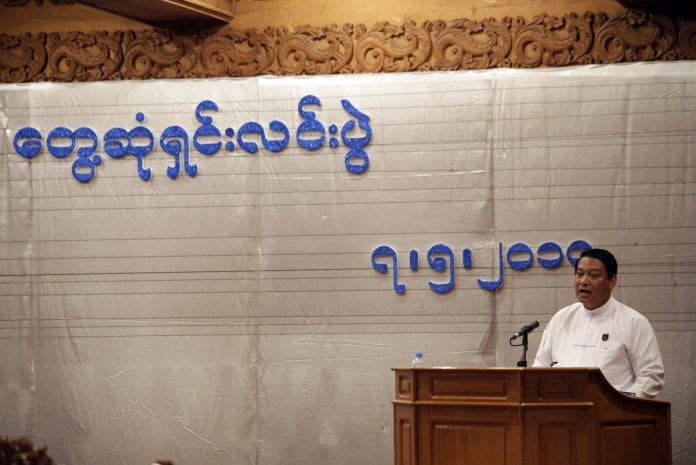 Myanmar authorities will release in August the initial results of this year’s nationwide census conducted in March-April, U Khin Yi, minister for immigration and population, said.

U Khin Yi made the disclosure at a press conference on the 2014 Population and Housing Census Enumeration at Yangon Regional Parliament building.

The preliminary results will include the census on population taken state-, region- and township-wise, he said.

It is expected that the launch of the main population information will be in May 2015, he added.

The minister said all completed questionnaires are now being retrieved from townships in a “swift, secure and safe manner” to the capital Nay Pyi Taw.

Myanmar’s 2014 nationwide census covered 10.719 million households except some in the country’s restive northernmost Kachin state and western Rakhine state, according to the ministry.

Information from the field said 97 villages from 25 village tracts in Kachin were not enumerated.

In Rakhine state, three out of five districts were partially enumerated due to “non-response from Bengali community,” the minister said referring to the community otherwise internationally known as Rohingya.

There is a total of 1.33 million population of “Bengalis” in the country, of whom 1.05 million live in Rakhine state, U Khin Yi said.

Myanmar’s 12-day national census from March 30 to April 10, the first in three decades, collected data on current population, economic and social figures, aimed at working out a national development plan.

He revealed that the preparations for enumeration started on May 2, 2011, two months after the government took office.

In the 1983 census, Myanmar’s population was 35.3 million “excluding an estimated 1.17 million (3.35 percent) non-census ones for security reasons,” he said.