Inland Water Transport to be Corporatised in April 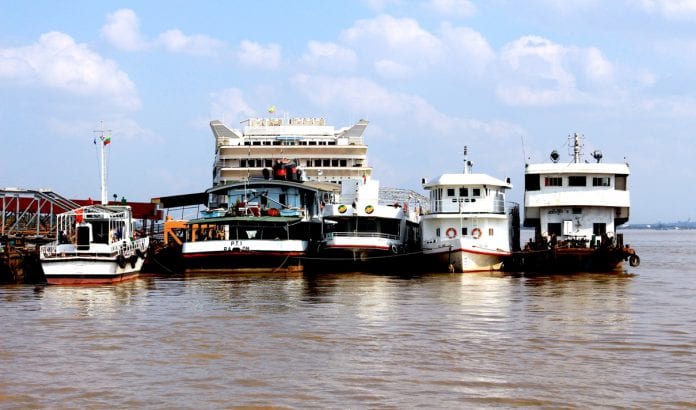 The Inland Water Transport (IWT) will be reformed into a corporate structure starting from April, according to an official of the state-run transportation enterprise.

The Inland Water Transport Law promulgated in December last year has paved the way for the reform of the enterprise under the authority of the Ministry of Transportation, U Myo Naing, general manager of IWT, said.

“As the government budget has been approved, the corporatisation will be implemented accordingly. The business management will be handled independently by the top officials such as the chairman, the secretary and the CEO,” U Myo Naing told Myanmar Business Today.

“The corporation will also expand into other businesses in addition to water transportation,” he added.

Bylaws of the new IWT Law are being drafted at present and the structural reform of IWT is expected be finalised after they come out.

The new corporation will embark on expanding transportation services, foraying into other businesses utilising its infrastructure assets and setting up partnership deals with local and foreign firms, according to U Myo Naing.

The current employees will remain employed with salaries not less than the amount they earn at the present while promotions will be delivered along with the success of the corporation, he added.

This move is not without precedent, as many other government organs are corportatised in an effort to become profitable. Late last year, Myanmar reorganised its struggling government airline Myanma Airways, rebranding the company Myanmar National Airlines and announced the acquisition of $700 million in new equipment and technology.

IWT said it operates 74 boats and five barges, while 11 chartered boats generate a revenue of K1.3 billion per year.