Inside: Investing in Myanmar And Diving into A New Labour Pool 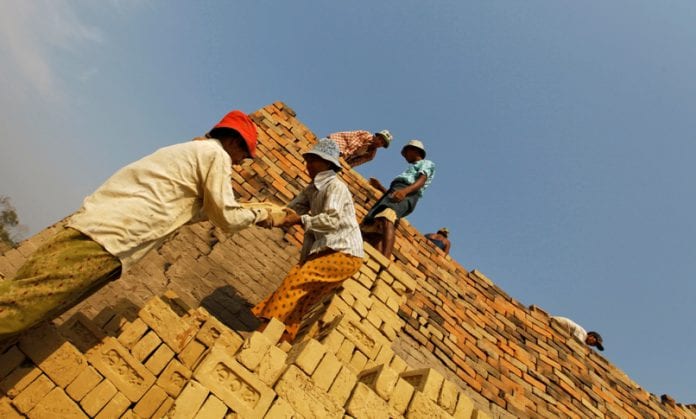 For many years, ‘first world’ corporations have thought of emerging and frontier markets as ideal places to locate labour-intensive operations. In fact, combining matured factory processes with low-cost labour has been richly rewarding, at least at the outset. By definition, however, emerging markets change … sometimes in ways that are not hospitable to foreign industry. The investing corporation would be well advised to look beyond simple labour costs and consider indicia of social and market stability that could give the ‘pool’ a solid foundation.

The bad examples: Imagine that you are a garment industry investor in Asia. In China, you would be facing severe margin pressures because the (once low) wages have just sky-rocketed. In Cambodia, you would face severe shortages of qualified labour, combined with very activist trade unions. The Bangladesh investor receives very bad publicity, due to pervasive abuse of workers and tragedies such as the fatal collapse of a crowded factory building. Finally, in Vietnam, your local production is heavily dependent on imported raw materials the prices of which have been rising, on top of the rising wages of local workers.

On the other hand: Myanmar, recently opened to US investment, has social and economic factors which may give an investor long-term stability. The country, also known as Burma, has the most literate population in the ASEAN, numbering more than 60 million people, of which some 37 million are working. Myanmar has abundant natural resources (e.g. 10th largest natural gas reserves, oil, copper, tin, nickel, jade and rubies, etc.), very fertile lands, half of which are covered by forests, and over 1,300 miles of shoreline abutting the Bay of Bengal and the Andaman Sea. The adoption of a managed floating exchange rate has made the Myanmar Kyat a very stable currency. The adoption of a very progressive foreign direct investment law has resulted in an explosion of investment. Business-friendly reforms are under way, including tax reform and reduction of trade restrictions.

The country does not yet have one labour code. Even the basic labour law, which was passed in 1964 during the “Burmese Socialism” years, was recently abrogated. There are, though, almost two dozen laws which contain labour and employment provisions, a substantial number of which are outdated (some date from the 1920s). Major policies and provisions include:

Working hours – Depending on the nature of the work, between 44 and 48 hours are spread over six days, with Sunday off.

Wages and benefits – Although a minimum wage law was passed in 2013, currently it only applies to public sector employees. Except for senior professionals, who are paid wages between $700 and $1,200/month, most workers receive wages between $70 and $700/month, depending on education and function, out of which certain mandatory deductions must be made. Most companies do not offer health insurance, pensions or any other major benefits to their employees. Overtime is supposed to be compensated at twice the normal pay rate, but enforcement of this regulation is rare.

Employment contracts – All employees, whether Myanmar or foreign, must be covered by a contract, filed within 30 days with the Ministry of Labour. The Ministry has issued a suggested “standard” contract, but employers are free to modify its terms. Employees may be terminated at will with the payment of severance (which varies from one month to five months) or without severance if terminated for cause with proper warnings given. Any disputes are arbitrated through a rather complex state-run arbitration system.

Sick leave, holidays and vacation – There are some 26 official holidays in Myanmar. After one year, employees are entitled to ten days of vacation, six personal days, thirty sick days, and, for women, an additional six weeks before and six weeks after the birth of a child. There is no private sector prescribed retirement age, and no pension system other than social security benefits.

Trade unions – After the passage of a labour organisation law in 2011, hundreds of trade unions were formed, mostly at the factory level. Both employers and employees are now exploring how the newly-formed trade unions can productively co-exist with management.

Social security – All companies with more than five employees must contribute the equivalent of 2.5 percent of the employee’s wages, on top of the employee’s 1.5 percent contribution, to the social security program. This coverage includes general health, maternity and funeral insurance benefits, coverage for injuries suffered at work, short term disability benefits, and maternity leave benefits. Other social contributions, in small amounts, are also mandated.

Expat employment – As of now, Myanmar has not adopted work permit regulations, but does have “stay permits,” which, together with a special re-entry visa, function as short-term work permits (usually for 6 months, but up to one year). There are significant tax consequences on foreigners who choose one or another legal stay status, and extended stays require additional registrations.

In a country with low labour rates, and very few meaningful labour laws, it is always a concern that the employees of investing corporations will be ill-treated, even exploited. In the case of Myanmar, however, there are compelling reasons to believe that this will not be the case. Significant US investors (over $500,000 capital investment) are required to submit annual reports to the State Department, including a description of corporate policies and procedures relating to human rights and workers’ rights. It seems that the Department’s intention is to bring American standards to the local labour force rather than to permit the US investor to devolve to the lowest common denominator. In addition, Myanmar has recently been the subject of much media attention. This high degree of visibility reduces the likelihood of worker exploitation and the consequent reputational damage to the investor.

Labour in Myanmar is plentiful, and the rate of compensation is among the lowest in the ASEAN. Furthermore, because of widespread literacy, Myanmar’s workers are highly trainable for basic work. Challenges occur when seeking highly skilled workers, but this should improve with the return of Myanmar expats who have received training abroad and with the influx of new investors willing to train their Myanmar workers. There are already billions of dollars of foreign investment pouring into the country, primarily from Japan and other Asian countries. Left out, for now, are the still tentative US and EU investors. Perhaps they will take to heart the words of Derek Mitchell, the US Ambassador to Myanmar, noting the new era in the Southeast Asian country: “… we are confident that American businesses, with their experience and commitment to principled and transparent approaches, will make a tangible contribution …”

Nina Dunn, who is an adviser to Herzfeld Rubin Meyer & Rose, has more than twenty-five years of experience in international trade and investment, securities and defence and national security matters. She has advised domestic and international corporations with respect to a wide range of corporate issues, achieving favourable results from government agencies, including the US DOS, DOD, DOJ and SEC.

The article was originally published on InsideCounsel.com and has been republished with the authors’ and publication’s permission. This article is the second of a six-part series on InsideCounsel.com – the first part was republished in Myanmar Business Today in Vol 2, Issue 5 (January 30, 2014). Myanmar Business Today is going to republish the remaining four parts of the series in the upcoming issues.