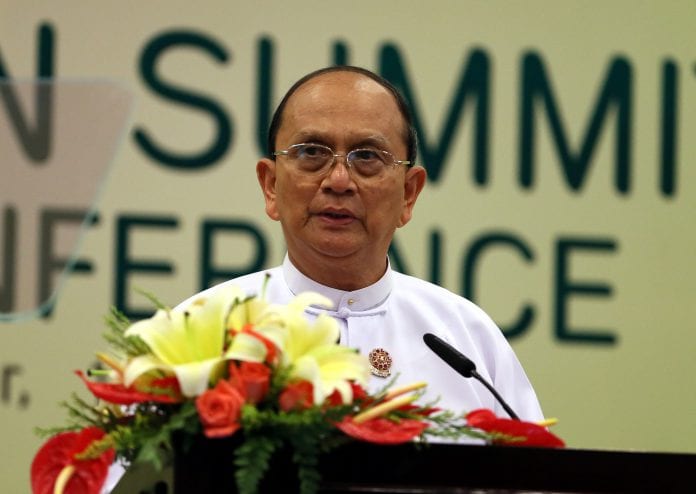 Bridging inequality, tackling regional disputes and pushing the Association for Southeast Asian Nations (ASEAN) forward on its integration deadline had been the focus at the recently-concluded 24th Summit.

Myanmar President U Thein Sein, who hosted the summit, said a range of topics including the South China Sea, matters concerning the Korean Peninsula, disaster relief, Middle East issues were discussed by the leaders during their retreat here.

Their discussion also included multinational assistance for missing Malaysian Airlines flight MH370, the president said at a press conference after the leaders’ meeting, but without elaboration.

At the Retreat Session, ASEAN leaders could exchange views on regional and international issues including the South China Sea, the East China Sea, the Korean Peninsula, multilateral cooperation in the search of MH370, humanitarian assistance and disaster relief and Middle East, he said.

The main result of the summit was the adoption of the Nay Pyi Taw Declaration on Realization of the ASEAN Community in 2015.

One of the most pivotal decisions to emerge from the summit was the focus on small and medium-sized enterprises (SMEs) as the prime mover of ASEAN’s post-2015 growth.

This is particularly relevant because while the ASEAN Secretariat insists that most countries have achieved around 80 percent of their implementation goals for the community, analysts noted that some countries are not yet ready for the changes the ASEAN Community will bring, particularly for a planned economic liberalisation that would reduce trade barriers.

The so-called CLMV countries – Cambodia, Laos, Myanmar and Vietnam – that joined the bloc in the 1990s risk being adversely affected for lack of preparedness and the comparative smallness of their economies when compared with other members such as Singapore and Indonesia.

As such the focus on SMEs is especially important to achieve sustainable and inclusive growth within the bloc.

Promotion of disaster preparedness, humanitarian assistance and a balanced approach in expansion of relations with the regional bloc’s dialogue partners were also priorities in the ASEAN Community Post-2015 Vision as outlined by the Myanmar president.

Meanwhile, ASEAN Secretary-General Le Luong Minh defended the organisation’s integration goal to be a European Union-like bloc by December 2015, stressing it will be achieved on deadline.

During a media briefing he pointed out the original deadline by ASEAN leaders had been 2020 but the bloc achieved significant goals even after the deadline had been fast tracked to 2015.

“Up to now we have implemented 80 percent of all the measures of ASEAN Community. So if you look at the fact that we really started the process of implementing all these measures only in 2009 and after that in less than six years of implementation we have accomplished the majority of the blueprints.”

“We have one year and a half or actually two years because what has been implemented since the beginning of 2014 has not been counted. So overall I think we are on track and I’m confident by December 2015 integration deadline will be met,” Minh added.

The ASEAN Community comprises three pillars, namely the ASEAN Political-Security Community, the ASEAN Economic Community and the ASEAN Socio-Cultural Community. Each pillar has its own blueprint, and, together with the Initiative for ASEAN Integration (IAI) Strategic Framework and IAI Work Plan Phase II (2009-2015), they form the roadmap for an ASEAN Community (2009-2015).

Minh noted that nearly 80 percent had been achieved in the economic pillar and over 90 percent in the socio-cultural segment.

However, some members will still have to overcome multidimensional challenges to meet their goals effectively.

Thein Sein also spoke in favour of his country’s chairmanship under the theme Moving Forward in Unity to a Peaceful and Prosperous Community, saying it was yet another indication that the country was dedicated to continuing democracy, peace and development.

“The theme … reflects Myanmar’s commitment to the ongoing democratisation process and its reconciliation and the government’ s multi-faceted development objectives.”

He noted that Myanmar as the head of ASEAN will represent the members’ interest at the G20 conference to be hosted by Australia in November.