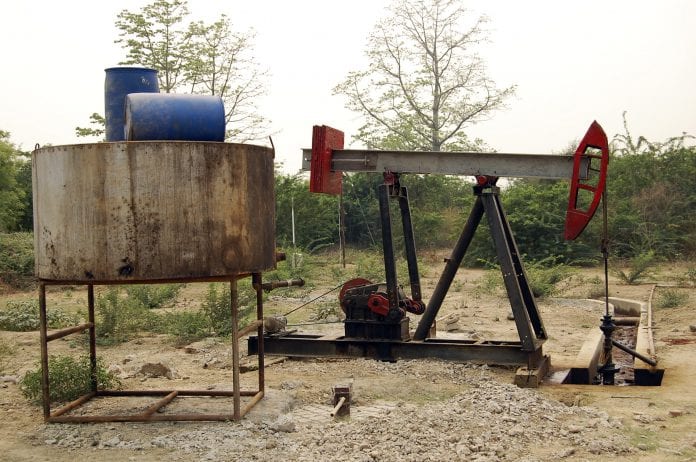 CHK1178 will be the second well drilled directionally under the Ayeyarwaddy river in the northern Chauk field, following company’s drilling of CHK1176  well, which was completed in December last year at 185 barrels of oil per day.

The primary objective of the new drilling operation is to accelerate production from the oil reservoirs in this fault block, the company said.

Interrra started this year’s Myanmar drilling campaign by digging a new well, CHK1177, at Chauk in the first week of January.

Interra has a 60 percent interest in the Improved Petroleum Recovery Contract of the Chauk field and also owns 60 percent of Goldpetrol which is the operator of the field.

CHK1178 is being drilled by Sinopec Services ZJ750 rig to a total depth of 3,300 feet. Interra’s share of the cost of drilling will be funded from existing funds on hand, it said.

CHK 1179 is being drilled by using Goldpetrol’s ZJ 450 rig, thus drilling costs are expected to be relatively low, Interra said.

CHK 1179 will be drilled to a targeted depth of 3,800 feet as an infill development well in the southernmost producing fault block of the Chauk field.

Interra estimates that the results of the drilling and completion should be available in approximately six weeks.

Interra is an investment holding company engaged in oil and gas production, field development and exploration. It also owns participating interest in oil fields in Indonesia.