Investing in Myanmar: Balancing Risk and Reward (Part I) 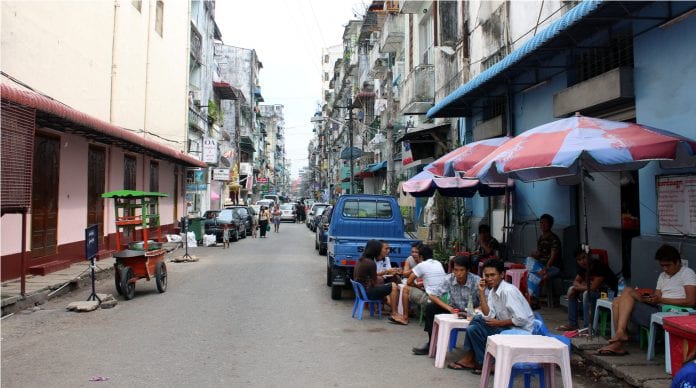 Conventional wisdom suggests that investments in emerging markets can provide rich returns, compensating for the heightened legal, regulatory, political and cultural risk assumed. Going one step further, it is possible that investment in a true frontier market, such as Myanmar, can offer the opportunity for even greater rewards… provided that the investor understands the local landscape and learns how to minimise the related risks.

With a population that exceeds 60 million, Myanmar (or Burma) is the 24th most populous country on earth. It has the highest literacy rate in Southeast Asia and is rich in important resources, both mineral and agricultural. The country is experiencing enormous growth compared to its neighbours, with rising household income and foreign direct investment growth of 50 percent year-over-year. Moreover, Myanmar has experienced a substantial rise in volume and price of commodity and manufactured exports.

Despite this explosive growth, US sanctions had, for a generation, prevented US businesses from entering this market. On July 11, 2012, the Department of the Treasury’s Office of Foreign Assets Control (OFAC) opened Myanmar for US investors by its initial modification of the US Burmese sanctions regulations (31 CFR Part 537). Although various restrictions remain, OFAC now permits the granting of the following licenses:

General License No.16 authorises the exportation of US financial services to Myanmar, subject to certain limitations relating principally to human rights risks and money laundering activities. More important, Section 311 of the Patriot Act (Public Law 107-56) no longer applies to the transactions covered by GL16 (see 31 CFR sect. 1010.651(b)(3)). GL16, though, does not affect the obligations of U.S. financial institutions under the Patriot Act’s section 312 regarding enhanced due diligence.

General License No.17 authorises new investment in Myanmar, restricting transactions with the Myanmar Ministry of Defense, state or non-state armed groups (which includes the military), entities owned or controlled by the foregoing, or any person blocked under the Burma Sanctions Program (so-called SDNs).

With the relaxation of legal impediments to doing business in Myanmar, the investor should consider the prevailing risks… and how to overcome them. To begin with, there is no bilateral investment treaty (BIT) between the US and Myanmar. BITs offer investors in certain emerging markets a “safety net,” guaranteeing them fair and equitable treatment, protection from expropriation and so forth. The distinctive feature of many BITs is an alternative dispute resolution mechanism, whereby an investor whose rights under the BIT have been violated can have recourse through international arbitration.

Without a BIT, the US investor in Myanmar has options (and potential options). For example, on February 6, 2014, the Export-Import Bank of the United States (Ex-Im Bank) announced its financial support for qualified short-term and medium-term US export sales to Myanmar. Ex-Im Bank’s export credit insurance provides coverage for both commercial risks (such as buyer default) and political risks (such as war). Although, at present, these facilities are extended to the Myanmar government programs or institutions subject to sovereign guarantees, as well as to private entities which will securitise the transaction outside of Myanmar, it is expected that, in time, these stringent rules will be relaxed.

In addition, it is likely that OPIC will soon provide its protections to the US investor in Myanmar. OPIC insurance can, for example, mitigate the risk of political violence, expropriation, impairment of contract and restrictions on the conversion and transfer of local-currency earnings.

Proper execution of a transaction in Myanmar resembles execution elsewhere, in that the investor needs specific and credible legal advice both with respect to deal provisions and local compliance requirements. Clearly, investor protections must be incorporated into the relevant contracts. And applicable levels of compliance must be understood and adhered to.

There are requirements, such as anti-corruption laws and the Export Administration Regulations, which are globally applicable. There are limitations, such as blacklists, which the US government imposes on a number of countries. There is country-specific reporting that the State Department requires of substantial US investors in Myanmar. An investor’s compliance program should incorporate both the general and country-specific regulations and be adapted to the size and complexity of a given business.

The reporting requirements: The State Department has implemented ‘Responsible Investment Reporting Requirements’ applicable to US persons with a new investment in Myanmar greater than $500,000 in the aggregate, or a new investment of any value with the Myanma Oil and Gas Enterprise. These annual reports have both public and US Government non-public versions and apply to a wide range of “new investments” such as subsidiaries, joint ventures, contracts, franchises et al. The content of the report includes, among other things: (1) an overview of Myanmar operations and supply chain, (2) policies and procedures relating to human rights, worker rights, anti-corruption, and environmental issues, (3) arrangements with security service providers, (4) policies and procedures used to acquire an interest in real property, (5) financial disclosures, (6) communications with the Myanmar military or other armed groups and (7) risk mitigation practices.

Throughout, the State Department requirements imply a desire to make sure that US businesses will, in fact, conduct themselves ‘responsibly,’ rather than succumbing to the sometimes chaotic practices of a frontier market. With these requirements, it is hoped that the imposition of US standards will spread to the market generally, lifting all Myanmar boats. The requirements place a heavy emphasis on the rights of the local population, whether as workers or as landowners. They emphasize the importance of conducting due diligence on, and auditing, security service providers in order to avoid those with unacceptable practices or affiliations. They specifically ask for a description of global corporate social responsibility policies.

Specially designated nationals: OFAC publishes a global and continuously updated list of individuals and companies whose assets are blocked and with whom US persons are generally prohibited from dealing. For Myanmar, the listed persons include those obstructing the country’s political reform process, those who have committed human rights abuses, those who have engaged in arms deals with North Korea and those who have a variety of direct or indirect relationships with the above. In other words, cronies. Or cronies of cronies.

In a country recently (and rapidly) emerging from the effects of a repressive regime, it is clear that SDN-listed persons are still active participants in the nation’s business. For the US company that wants to avoid proscribed transactions, it is imperative to do due diligence on, or vet, prospective business associates. The recent US entrant into Myanmar may find that it is not easy to trace history or relationships of possible blocked persons. Records are sparse, and in most cases, not public. Names are confusingly similar…and not necessarily consistent across family groups. Fortunately, there are firms in Myanmar familiar with the vetting process and criteria.

Nina Dunn, who is an adviser to Herzfeld Rubin Meyer & Rose, has more than twenty-five years of experience in international trade and investment, securities and defence and national security matters. She has advised domestic and international corporations with respect to a wide range of corporate issues, achieving favourable results from government agencies, including the US DOS, DOD, DOJ and SEC.

Part II of this article will discuss the “on-the-ground” investment considerations in Myanmar, its FDI law and regulations, banking, and other aspects of investment. The article was originally published on InsideCounsel.com and has been republished with the authors’ and publication’s permission.