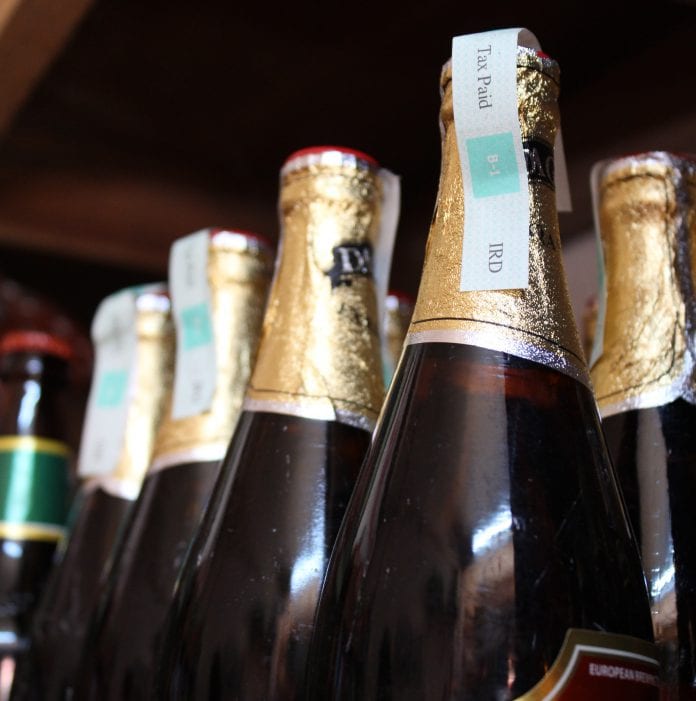 The Internal Revenue Department (IRD) said it will carry out inspections at the end of this month to uncover cases where revenue stamps are not attached or have been reused on products.

The department, which is under the Ministry of Finance, said it will target shopping centres, retail outlets, wholesale centres and distilleries at the industrial zones for inspections.

Products such as cigarette packs, and liquor, beer, wine and purified water bottles discovered to be without tax stamps or improperly attached stamps will face penalties ranging from warnings to fines or confiscation of the goods.

“We will initiate inspections in a few days and focus on educating the public rather than penalising them,” U Zaw Myint Aung, deputy director of IRD of Yangon region, told Myanmar Business Today.

“We will focus on encouraging the use of tax stamps. Later we will take punitive measures on those who fail to comply,” he said.

A common practice for retailers in Myanmar is to take off tax stamps from sold products and put them back on new ones, for which tax haven’t been paid.

A market trading in tax stamps is apparently flourishing with a network of collectors who buy tax stamps from retailers who carefully detach the stamps from the products.

Some beer packages are delivered in a way where tax stamps are separately packed instead of attached to the bottles or cans, according to market sources.

“Tax stamps on beer bottles don’t fetch good price while stamps on liquor bottles do.  Generally the latter is priced at K1 per unit and sometimes more,” a waiter at a beer bar in South Okkalapa township told Myanmar Business Today.

White “C1” stamps attached on cigarette packs are not traded. Tax stamp collectors buy from retail shops as well as from wholesalers, he added.

IRD authorities will be accompanied by relevant township general administrators and members of the Yangon City Development Committee (YCDC) and the Police Force during their inspections, the department said.

According to the statistics of IRD, the department earns K30 billion ($30 million) in commercial tax and K10 billion in income tax annually from alcoholic beverages and cigarette industries.

There are about 30 distillers and six tobacco brands that are officially paying taxes, IRD said.