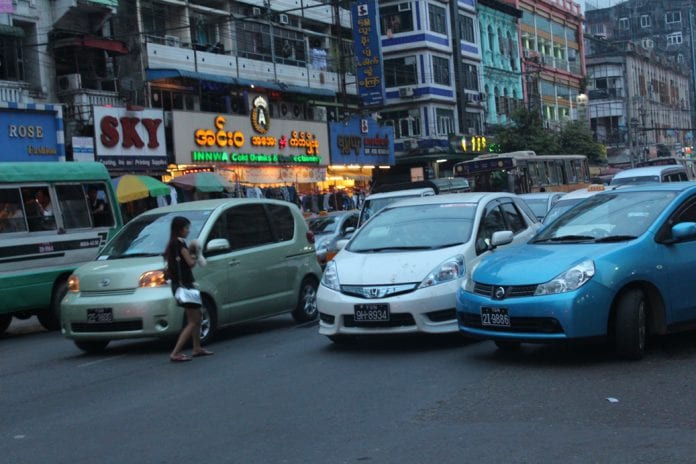 The Internal Revenue Department (IRD) is to impose higher taxes on households owning more than one automobile in a bid to combat worsening traffic congestion and control the rising number of vehicles, according to the Ministry of Commerce.

“The IRD has begun drafting the plan to impose greater taxes on households with more than one car,” Dr Maung Aung, an advisor to the ministry, told Myanmar Business Today.

Another regulation introduced in the middle of December saw higher road usage and overnight charges being imposed on vehicles registered outside the Yangon municipality when they enter the area.

Acknowledging that the regulation policies are facing criticism, he said the policy reforms will prioritise the convenience of the commuters over that of private car users.

The authorities have also planned to solve each of the 22 factors contributing to the traffic gridlocks discussed at a stakeholder meeting in November, he added. Some factors include buses stopping in the middle of the road to pick up passengers, pedestrians holding up traffic, reckless driving and taxis moving into turning lanes to pick up passengers.

The Ministry of Commerce has also announced that car import permit holders need to re-apply for the permit instead of renewing the old permit when it is expired and the applicants are required to provide a validated parking space to be eligible to import vehicles.