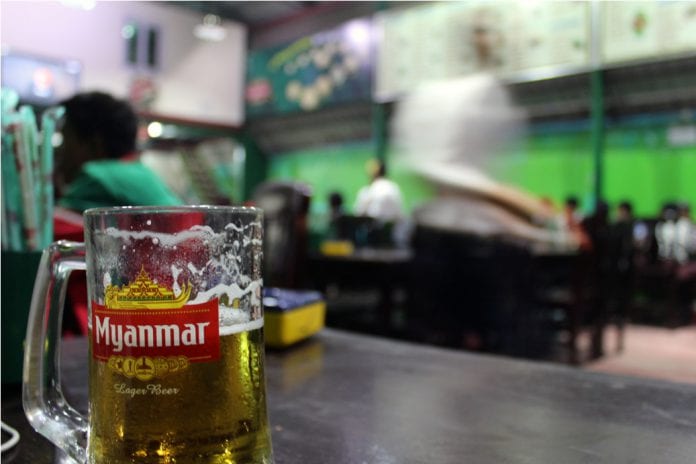 The initiative is prompted by inappropriate practices in the marketplace including reusing or forging stamps to avoid taxes, IRD said.

“Both counterfeit liquor and tax stamps have somewhat of a market. To combat this, we are looking for stamp providers with high counterfeit standards. We are now considering an American and a German company. The tax stamp project for restaurant bills is also going well so we are introducing [new excise stamps] in the next fiscal year,” U Kyaw Thant Lwin from IRD told Myanmar Business Today.

The authorities are also conducting inspections routinely on wholesale and retail businesses of those goods to prevent reuse of the stamps and uncover fake stamps.

The production of currently applied revenue stamps, produced by the government-run Wazi Printing Department for confidential documents in Pyinmana township, is too inefficient, according to IRD.

The rate of defects through tearing or sticking to each other require the production of extras, which is another reason to overhaul the tax stamp system, officials said.

IRD has issued 342 million revenue stamps for liquor, beer and cigarettes in the last fiscal year and has sold 344 million stamps so far this fiscal year.