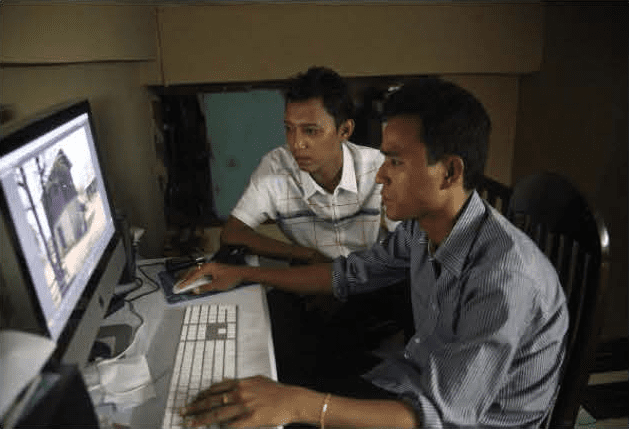 On a recent trip to Myanmar, I was moved to see evidence of real dialogue between the people and government, dialogue that was simply unimaginable even two years ago.

Driving through downtown, all the taxis avoided a central construction site, making side streets congested and transit difficult. But after a few weeks, I heard the area had improved – a colleague’s taxi driver confidently took some credit, saying he had been posting complaints to deputy minister Ye Htut’s facebook page every day for weeks.

The implications are striking – not only that the driver felt emboldened to complain, and the complaints seemed to be working, but that he had an online forum to do so. The internet and facebook have essentially merged in the eyes of many Myanmar citizens – a recent survey showed about 800,000 facebook users. Essentially, even accounting for users with multiple accounts, nearly the entire internet-using population of Myanmar uses facebook.

It reminds me of the early days of the internet in the US, when for a brief time AOL managed to convince new users that AOL was the internet – there was a portal for news, a portal for sports, and any other topic they could think of to keep you ‘inside’ the realm of AOL.

There’s much to be said for the unquestionably positive role facebook has played in facilitating open conversations in Myanmar’s rapid transition. But the nation’s media, and its people, need more.

As an interactive communications tool, facebook facilitates engagement. But newspapers and officials quickly lose control of streams of comments as they move to individual pages, which means there is little curating or control of the comment line, resulting in a rapid spread of comments that can easily trend to the negative, and even be considered hate speech.

As a closed service, facebook does not allow media outlets to be as creative with their online presence, nor is it generating much needed digital entrepreneurism and monetisation that thrives on more open internet platforms.

Donors and NGOs can help Myanmar to cross the communications frontier through programmes that help develop e-commerce, provide technical support to e-government, and encourage online innovation through tools such as hackathons that are sprouting up around the world. The government of Myanmar could push digital opportunities even further by joining the Open Government movement and releasing its own data to encourage more innovation and progress.

A nation of facebook friends isn’t a bad thing. But it is time for Myanmar media, netizens and government officials to break free of the walled garden and venture farther into the internet, exploring and experimenting, building businesses and letting creativity flourish.