Is Myanmar A New El Dorado for Foreign Investors? 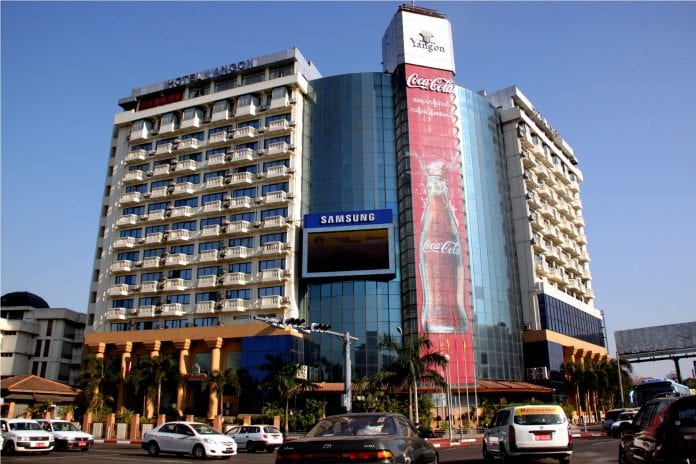 Myanmar (formerly known as Burma) moved from a 50-year-long military regime to budding civilian rule in 2011. The political transformation has initiated social and market reforms and has piqued foreign investors’ interest in one of the last Asian frontier markets to open.

Having moved from being one of the richest countries in Asia before World War II to one of the most isolated states under military rule and then one of the poorest in 2013 (ranked 157th by the International Monetary Fund), Myanmar seems to re-emerge as one of the most attractive and lucrative countries for foreign investors in recent years. Notably, in 2013, foreign direct investment (FDI) represented $3.5 billion and was 350 percent above its 2011 levels. The first three months of 2013 saw more investments than the first half of 2012, and the rates of investment continue to rise.

From China’s and India’s regional investments to US and European grants for preferential tariff concessions and renewal of interest in Myanmar’s economy, there are important reasons to consider Myanmar as the next top spot for foreign investors.

Why is Myanmar attractive for foreign investors?

Located at the crossroads between China and India – two economic powerhouses – along with Bangladesh and Thailand, Myanmar borders over 40 percent of the world’s population. With a land-mass the size of Britain and France combined (2nd largest in Southeast Asia and the 40th largest country in the world), a population of more than 60 million (24th most populous country) and ports lying just above the Malacca Strait in the Indian Ocean – one of the busiest shipping lanes in the world – Myanmar offers an unfettered strategic opportunities for easy access to export and consumption markets.

Myanmar is also attractive for its cheap and young workforce. According to statistics from the World Economic Forum, the country’s working age population has increased over the last ten years and is projected to grow further. With a median age of 27, literacy rates of 92.7 percent and one of the lowest wages for manufacturing workers in the region, the country’s population becomes particularly attractive for manufacturing companies which aim to counter increasing costs in the rest of Southeast Asia.

It is also a goldmine for extractive industries. Abundant material reserves (oil, gas, precious metals and stones) are fuelling the interest of foreign investors. The country’s 20 trillion cubic feet (tcf) of known natural gas and over 50 million barrels of proven oil reserves (more than Thailand and Brunei Darussalam) place it 41st and 78th in the world, respectively. More importantly, explorers have only drilled a total of 19 offshore exploration wells since 1970s, meaning that the country remains almost completely unexplored. It is expected that in addition to the current 20 tcf reserves, there could be another 80 tcf of undiscovered resources worth $424 billion.

Besides natural endowments and human capital, Myanmar is also becoming attractive due to its recent economic growth, liberalisation policies and increasing consumerist demands.

Myanmar currently boasts the fastest growth pace among ASEAN nations. Its 2013 GDP growth was an impressive 6.8 percent. Since the opening up of its economy in 2011, it grew at rates of 5.3 percent and 5.5 percent in 2011 and 2012, respectively. With World Bank and Asian Development Bank estimates of 7-9 percent yearly growth until 2030 and a forecast by McKinsey stating that Myanmar’s economy will quadruple by 2030, the projections add up to an annual growth rate that is greater than China’s.

The country’s fast urbanisation also continues to fuel demands for more sophisticated products and the presence of foreign companies. It is estimated that, by 2017, the proportion of upper mass and mass affluent household segments in the cities will reach 80 percent of the total number of households. Hence, the demand for quality and diversity of products is likely to increase.

Finally, while the government seems to have learned the lessons of the past, the unwillingness to reform politically and economically are rapidly giving way to openness and liberalisation policies that are friendly to foreign capital.

Private banks are now allowed to engage in the foreign exchange market. The currency exchange rate has been changed to floating by the Central Bank of Myanmar. The 2012 Foreign Investment Law set out an easy land lease policy while allowing a five-year tax break for foreign companies along with foreign-owned investment of up to 100 percent. The government also signed the New York Convention on the Enforcement of Foreign Arbitral Awards in 2013 and a bilateral investment treaty with Japan in order to cultivate a positive investment climate in the country.

In addition, the Myanmar government has established a National Human Rights Commission and instituted amnesty for political prisoners. It has put in place new labour laws allowing unions and strikes and has relaxed press and media censorship in order to improve the political and social environment for businesses. These reforms continue to create a positive investment environment and increase interest from foreign capital holders.

Despite the positive developments, investing in Myanmar, however, remains a complex process. The conditions are anything but optimal, political stability is shaky and legal certainty is virtually zero. These risks threaten to undermine the confidence that the country has been steadily gaining from foreign investors.

In 2013, the World Bank ranked Myanmar 182nd out of 189 countries for the ease of doing business.

Myanmar remains a very underdeveloped country with rough terrain, poor transportation and weak communication infrastructure, thus creating high set-up costs for many companies. As many areas remain inaccessible by road, connections between different parts of the country are difficult to maintain. Despite its abundant natural resources, the country itself suffers from chronic energy shortages with only 22 percent of the population having access to electricity in 2011. Moreover, only about 1 million cellphones are available in Myanmar, making connectivity extremely difficult.

Politically, despite the budding civilian government, the influence of the military remains a great concern. Over 25 percent of the MPs remain appointed by military. Myanmar scores very low on government investment in key necessities as well as in government effectiveness and regulatory quality. While the government has taken measures to improve transparency and governance frameworks, the business climate continues to be relatively non-transparent, with pervasive corruption and efficiency deficits and legal frameworks for foreign companies that still lack the clear rules and regulations necessary for safe and confident investment.

Finally, many of the country’s long-running civil wars remain unresolved, though there are ongoing efforts between the government and the non-state armed groups to reach a peace agreement. Sectarian tensions between Buddhist and Muslim communities fuel instability in some parts of the country, thus threatening the stable investment environment.

Today, the world is undoubtedly interested in Asia’s last frontier. Myanmar emerges as a relatively untouched economic canvass with great resources ready for foreign investment. While the future seems promising for the liberalising country and those directly involved in the development of Myanmar, the current hype among investors should be tempered with a pinch of reality and an awareness of the risks of doing business here.

With an unstable legal framework, political uncertainties, societal tensions, development issues and marginal economic reforms, investment in Myanmar remains a business for risk takers. Yet, since the government is taking measures to improve, those who evaluate the risks and opportunities and are willing to stay the course from the start can possibly find an investment El Dorado in Myanmar.

Dominykas Broga is a geopolitical risk analyst at Global Risk Insights with a focus on frontier and emerging markets. His experience ranges from his endeavors at the United Nations to his work on government affairs, public relations and research projects on contentious politics. He can be reached at dominykas.broga@gmail.com.