Israel Aims to Make its Mark in Myanmar 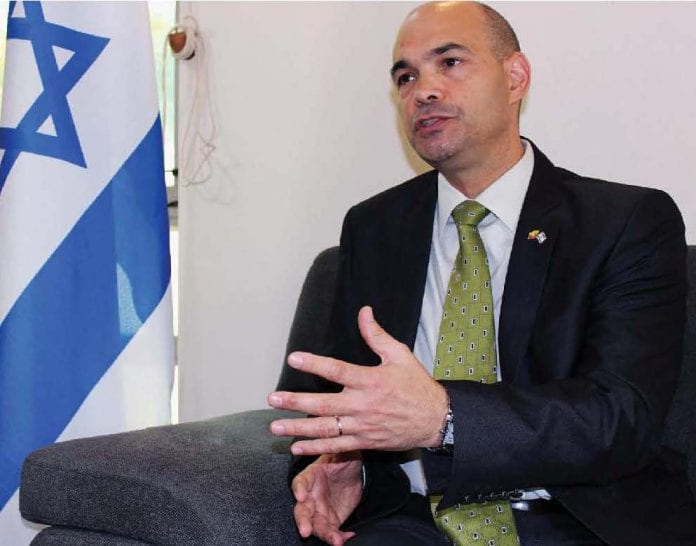 Since the recent opening up of the country Myanmar has been receiving tremendous interest from investors, conglomerates and countries around the world who are vying for a piece of the last frontier in Asia. The US and EU governments have been making attempts aggressively to normalise their relations with the former pariah nation by lifting sanctions, sending trade delegations and striking trade deals. Myanmar’s Asian neighbours aren’t lagging far behind either as China, Japan, India, Singapore and Thailand jostle to get involved in the country’s nascent economy more than ever before. However, an unlikely player might emerge amid the scrimmage of superpowers scampering to get a piece of the action, through its ingenious and state-of-the-art technology and innovation – Israel.

Israel is a first-tier innovation hub, second in the world only to Silicon Valley in its concentration of start-up companies, according to a McKinsey research. The Israeli private sector spends more on innovation as a percentage of GDP than that of any other nation. In 2009, it spent 4.3 percent of its GDP on civilian research and development (R&D) – almost twice the OECD average of 2.3 percent and much higher than the percentage of GDP spent on R&D in the US, Germany, France, or the UK, according to the research. Israel’s innovation and expertise ranges from IT and telecom, infrastructure and medical-devices to water treatment and agricultural sector – all of which are critical for Myanmar’s economic development.

Israel’s strong experience in the fields of agriculture and water recycling will help the country’s businesses contribute to Myanmar’s growing economy, Hagay M Behar, ambassador of Israel to Myanmar, said in an exclusive interview with Myanmar Business Today.

In agriculture, Israel is the undisputed world leader in drip irrigation, and holds edge in crop technologies such as plant genomics, breeding, and crop protection. Israel is also a leader in wastewater treatment.  The lack of fresh water in Israel spurred innovation in the areas of water treatment and agriculture.

Speaking at the Israeli embassy in Yangon, Behar said, “Seventy percent of this country lives in the rural areas, so agriculture is an important area to invest in. The last thing this country needs is a huge migration from the countryside to the cities, so we must encourage development in these areas.”

“We have to go out into the rural areas to improve the health systems and education. If there are no jobs in the rural areas and people travel to the cities to find work, it will be very difficult for those cities to absorb them.”

Israel and Myanmar are this year celebrating 60 years of bilateral relations and Behar believes that the relatively close shared history of the two countries is important.

“Since the early 1950s, Israel has had an embassy in Myanmar, but because of the local situation [General Ne Win brought socialism to what was then Burma in 1962, shutting off the country to most of the rest of the world], that relationship changed much like the rest of the international community. But now with the recent reforms and opening we hope to go back to those days in the 1950s when relations were very strong.”

He added that the relationship was strengthened by historic support for one another and similar histories. The two countries both gained independence in 1948, while Myanmar was the first Southeast Asian country to recognise the newly formed state of Israel. There were also historic visits, with Myanmar Prime Minister U Nu visiting Israel in 1953 as the first international head of state, while Israel’s first Prime Minister David Ben-Gurion also visited Myanmar in 1969.

While bilateral trade is currently low between the two nations, an estimated €2 million in total, Behar believes that relations have always remained strong and that this is important for Israeli businesses coming into the country.

Even during Myanmar’s self-imposed isolation, Behar said, Israel always maintained an embassy in the country and never lowered the amount of its staff. A presence was also maintained in the agriculture industry and a number of programmes were developed. Behar cited the Israel Experience, a programme launched by the Israel International Agency for Agriculture and Development (MASHAV) in 1994, which saw Myanmar agricultural entrepreneurs travelling to Israel and learning skills and innovation in the industry before bringing those skills to teach people back home.

“When these people come back and open their own enterprises that really help to contribute to Myanmar’s growing civil society and economy. What is very important to this country at the moment is small entrepreneurs, who will be the voice of the economy in the country in the future.”

Behar added that in recent months, and particularly since his arrival in the country nine months ago, there had been a large amount of interest from Israeli companies looking to invest in Myanmar, in industries ranging from telecommunications and health systems to education. Water systems, he said, were another area where Israeli companies are likely to contribute strongly.

Located in the Middle East, an area the UN called in its Human Development Report “the world’s most water-stressed region,” Israel has faced huge water issues in the past with regards to access to fresh water supplies and has therefore been forced to adapt its water systems. So much so that Israel is now the leading country in water recycling by quite some distance, recycling an estimated 75 percent of its water. To put that figure into perspective, Spain is the second highest recycler of water with roughly 15 percent of its water recycled according to UN figures.

“We are a very dry country and did not have much choice but to reinvent ourselves time and again and now we are considered one of the best countries in the world when it comes to water treatment,” he said.

“Although Myanmar is very rich in water, something that must be changed is the mentality. In the 20th century it was quite common that every country in the world used as many of their resources as they wanted without thinking of the consequences. Now, in the 21st century, that mentality has changed, we use what we need but we also understand that we have a huge responsibility for future generations.”

He added that although Myanmar is relatively rich in access to water, those resources would inevitably become depleted in the future and it is important to look at processes and technology which recycle and preserve water now.

Access to clean water remains a huge issue in Myanmar with estimates from global health organisation Population Services International (PSI) putting access to piped water in the country at 7 percent, while waterborne diseases such as diarrhoea, Hepatitis A and typhoid are often rife, particularly in rural areas.

“There are many things to be done in this country, but to help we must give views from the 21st century, not solutions that were good in the 20th century. For example, look at the internet system. This is a huge country with huge potential and if we started investing in the internet, you can change the system of education – not necessarily building new schools, but if you give classes good internet access the amount of information they can get is tremendous.”

He said in other areas, such as payments, Myanmar can make leaps forward, adding that instead of using credit cards, people can use their phones to pay for products. “Don’t jump one or two generations,” he said, “but jump directly to the third.”

Another area Behar said that Myanmar could benefit from increased technology is in the area of health. “We don’t need to build clinics all over the country,” he said. “There are some areas where it is very difficult to get to. In Israel today, they are able to operate surgery without a surgeon or specialist being there because you have cameras and people giving instructions.”

“I’m talking in a very optimistic way here,” he went on to clarify, “but I do think that if we are to contribute to society, this should happen.”

Despite inevitable issues to overcome in the country’s development, Behar spoke positively about the future of Myanmar and believes that the international community can play a role in that development. He said it is important for those international players to listen to the needs of the people rather than enforce their ideas on the people of the country.

“We must listen to them,” he said, referring both to the people and the government of Myanmar.

“There’s a bad habit in the international community that sometimes we think we know better. I think it’s a good idea to combine the experiences that we have achieved in other countries with the issues in this country. This place is not called The Golden Land by accident.”