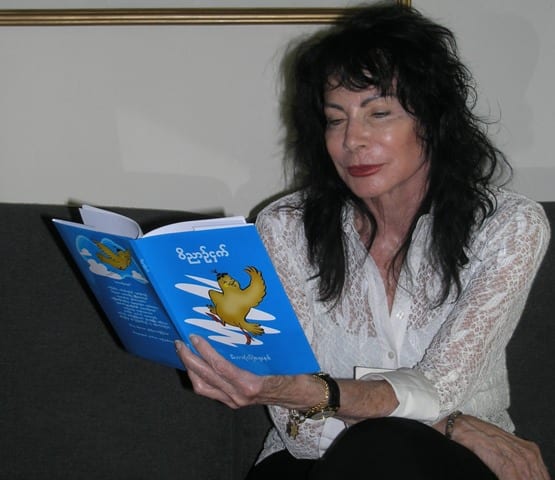 An Israeli bestseller children’s book has been translated from Hebrew into Myanmar language in a bid to promote reading among young children in the Southeast Asian country.

Isralei author Michal Snunit’s The Soul Bird, which was first published in 1985, was translated as part of the framework and the events celebrating the 60th anniversary of the establishment of diplomatic relations between Israel and Myanmar, the Israeli embassy in Yangon said.

The embassy has aided in translating the book from Hebrew and also redesigned it as part of its special education project, it said.

As part of the project’s next stage, the embassy will donate thousands of the book’s copies to schools and public libraries throughout the country.

“We believe that this donation on behalf of the ‘people of the book’ will contribute in promoting reading habits of the young generation in Myanmar,” the Israeli embassy said, adding that the embassy “acted as a bridge between Israeli children’s books and the children of Myanmar.”

The book was introduced during the writer’s participation at the Irrawaddy Literary Festival 2014 in Mandalay from February 14 to 16.

Michal Snunit was born in Kibuttz Ein Hahoresh, Israel. She studied theatre and literature at Tel-Aviv University, and worked in agriculture, with kibbutz children before becoming a journalist and magazine editor from 1976 to 1980.

In addition to her poetry, she has written for young readers and her book, The Soul Bird, a national and international bestseller, was awarded the first international prize for children books in Geneva in 1993. The Soul Bird has been translated into more than 25 languages.

Her other books available in international translations include: Come and Hug Me; Hand in Hand With God – Or: When a Wish Meets a Star; and The Way of Love.