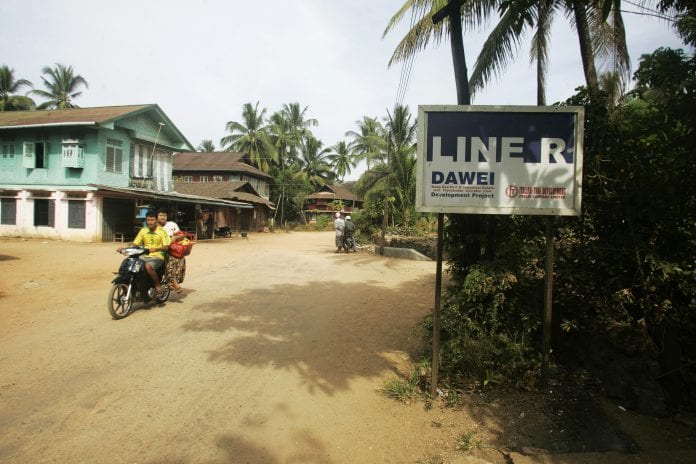 Thailand’s government had said the deal would be signed by March.

“Italian Thai Development and Rojana will sign the first contract in May or early June … after Myanmar’s cabinet has approved it,” Deputy Transport Minister Arkhom Termpittayapaisith told reporters in Bangkok.

The project’s first phase is set to include a 27-square-kilometre industrial estate, said Arkhom.

The project will begin with construction of a 138-km (86 mile) road from Dawei to Kanchanaburi province, 119 km northwest of Bangkok. Road construction should begin by the end of this year, said Arkhom.

The Dawei Special Economic Zone project has been stalled for years. Delays were largely blamed on Italian Thai Development (ITD), which had failed to secure private investment and agree on a power source for the complex.

Myanmar has asked for 4.5 billion baht ($138.9 million) from Thailand for construction of the road, said Arkhom.

Thailand said in January that it would provide soft loans to Myanmar to meet a budget of about 3.9 billion baht for road construction. (Reuters)