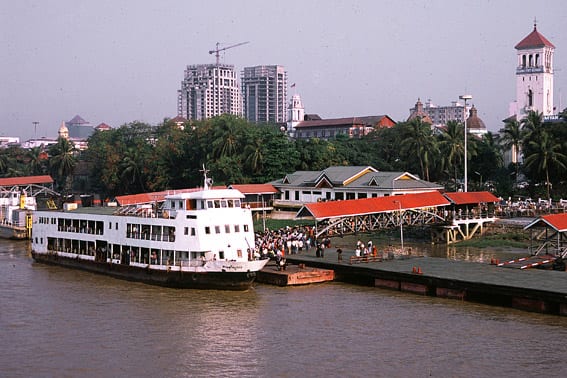 The Myanmar Inland Water Transport (IWT) authorities have called for carrying out reform of its business services by going for joint venture operations with the private sector, according to the Ministry of Transport.

Complaining that it has been operating its transportation services at loss, IWT under the ministry said it is facing challenges for transforming its services from public to commercial with its decades-old ships.

The department wants be able to stand on its own budget after the new government adopted a new privatisation policy, officials said.

The officials said IWT needs to replace its ramshackle ships running along the navigable water ways with modern ships to recover from loss.

The number of navigable transportation service routes operated by IWT has dwindled in recent years as the state-owned ships face stiff competition with privately-run services. The department said it was able to keep operating the services thanks to subsidies from the government.