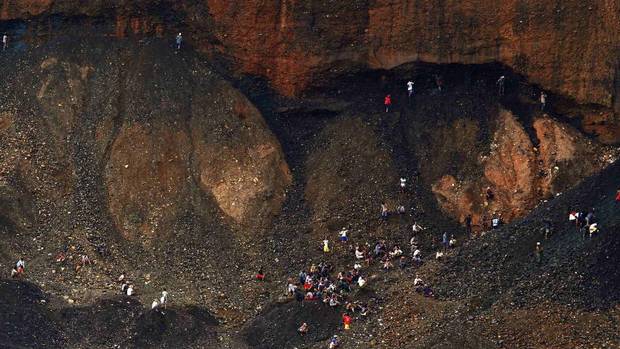 At least six miners have been buried in landslide in a jade mining area in Phakant, northern Kachin state, according to an updated death toll reported by local media Thursday afternoon.

The victims include three men and three women, Xinhua reported.

Search for the dead bodies continued on Thursday with up to 20 people feared dead, according to local residents’ estimate.

The victims, who were living in makeshift huts near the jade mining area, are mostly jade miners or peddlers.

Triggered by heavy rainfall, the mound, thrown by some mining companies and was piling up as high as 100 meters, collapsed at the jade mining area about 1.6 km from Phakant on Tuesday at about 7pm local time.

Hundreds of companies are undertaking jade mining work at the site.

Similar landslides once took place in the same place in July 2008, killing 20, while other incidents in 2009 and 2014 also claimed 70 and 40 lives respectively, Xinhua reported.