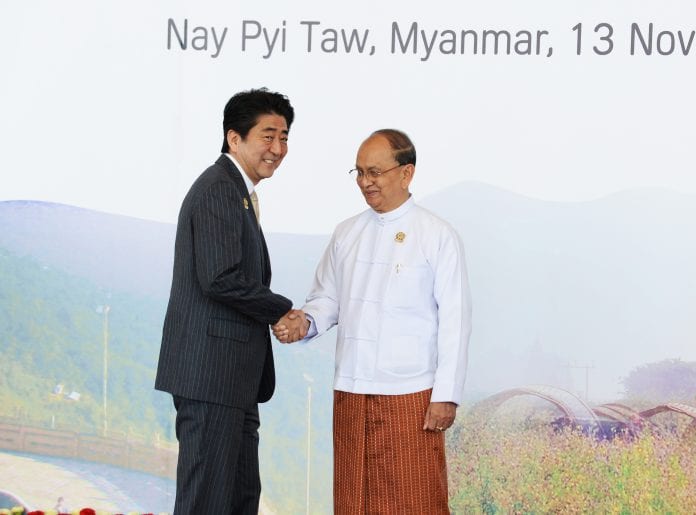 Japan has offered Myanmar ¥25.8 billion ($258 million) in loans to help the country carry out its development projects.

The loan was announced by Japanese Prime Minister Shinzo Abe when he met with Myanmar President U Thein Sein on the sidelines of the 25th ASEAN Summit in Nay Pyi Taw last week.

The Japanese government wants the loan to be used to improve infrastructure of a port and power facilities in Thilawa, 25 kilometres from Yangon, reinforce the country’s electricity distribution network and help lenders for small and medium enterprises.

In his bilateral meeting with U Thein Sein, Abe voiced support of Myanmar’s democratisation and peace making process.