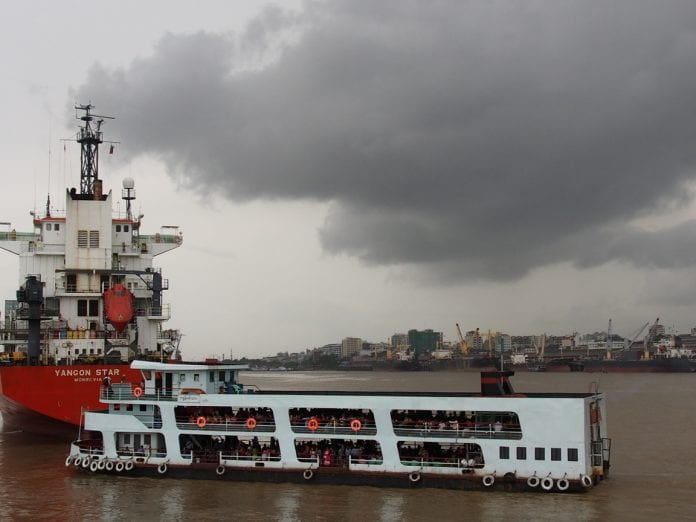 Authorities are conducting surveys to run a new ferry route from Sintowetan jetty to Kamakasit on the banks of Dala township using ships previously operating between Pansodan and Dala on the Yangon river, according to the Inland Water Transport (IWT).

“There’s an existing jetty at Sintowetan but there’s none at Kamakasit so we are working with the Port Authority to build one there. Now only small motorised boats are running along the route. A ferry will provide better transportation to Nyaung Lay Bin market and Thanzay market on (Yangon) side,” U Myo Naing, assistant manager of IWT, told Myanmar Business Today.

The Pansodan-Dala route was recently equipped with three ferries provided by Japan, which replaced the old ferries. The new ferry route is part of the efforts to promote the development of Yangon’s western waterfront area, he said.

Surveys have also been done for the feasibility of a ferry route connecting Kyimyindaing township in western Yangon to eastern Botahtaung township and northeastern Shwepyithar township. Authorities are seeking solutions for expanding the port area, currently obstructed by the red tape and lack of transparency.

A pervious ferry route connecting Hlaingtharyar township in western Yangon and Sintowetan had been suspended shortly after its launch due to its inability to attract enough passengers to sustain the cost of the operation.

“There are over 100,000 people living on the bank of Dala, so if the route is connected, the transportation will be smoother as [the other end] is close to TheinGyi market. But the river is narrower in this part,” said U Tin Ni, chair of the Kamaraung Motorised Boat Drivers Association.

The new ships donated by Japan, named Cherry 1, 2 and 3, are currently running on the same schedule from 5:30am to 9:00pm with 23 runs each, transporting combined 25,000 to 30,000 commuters everyday to and from Pansodan and Dala, according to IWT.