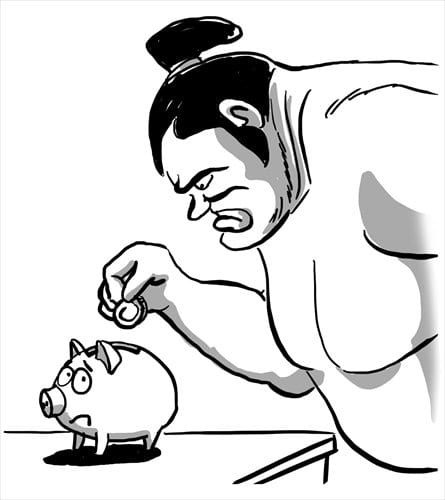 Japan, mired in its continuously sluggish economy and declining international clout, has been undergoing a critical period of change in recent years. Myanmar, situated between China and India as a buffer zone, has become more significant to Japan after breaking its decades-long isolation, and has been labelled as the last paradise for investment with boundless business opportunities by Japanese media.

Myanmar is confronted with severe problems like ethnic conflicts and religious clashes, so it has to rely on prominent economic development to maintain social stability.

The Thein Sein administration has set economic development as its top priority and called for Japanese enterprises to increase their input in Myanmar on many occasions.

The Japanese leadership also stated that they would motivate all forces to fill the investment gap of Japan in Myanmar’s infrastructure construction and talent training over the past two decades, constructing a new type of bilateral relationship.

Japan’s Ministry of Economy, Trade and Industry called for cooperation between enterprises and government to boost infrastructure exports in anticipation of fiercer competition between Japanese companies with their US and European counterparts in Myanmar, especially after the sanctions against Myanmar are fully lifted.

Now in the last virgin market of Asia, some Japanese enterprises are flexing their muscles across a wide spectrum of business, such as finance, infrastructure construction, logistics, and manufacture.

With large-scale corporations such as Mitsui, Itochu, Marubeni, Toyota Tsusho, and Mitsubishi setting up their offices in Nay Pyi Taw, Japan has devoted itself to contesting opportunities in electricity generation, transportation and natural gas development.

Nonetheless, there are still many barriers given Myanmar’s unsound commercial environment with its lack of skilled labourers, underdeveloped transportation system, frequent blackouts and restriction on remittances of foreign currencies.

By August 2013, China remained the biggest investor of Myanmar while Japan ranked the 11th. The annual trade volume between Nay Pyi Taw and Tokyo is merely over $1.6 billion. Some Myanmar politicians have voiced their dissatisfaction with Japanese enterprises’ lack of initiative to invest.

Local media summarised “4L,” namely “Look, Listen, Learn, and Leave,” to describe some Japanese companies’ performance while some hold these enterprises are all mouth and no trousers.

Meanwhile, the negative side of Japanese investment in Myanmar has begun to emerge. It’s unknown whether the pragmatic Japanese companies will further enlarge their investment and whether this direct investment could generate quick benefits for Myanmar.

During the process of developing the Thilawa Special Economic Zone, the Japanese enterprises involved reportedly attempted to use “quiet dialogue” in solving entangled problems like land expropriation and compensation, resulting in local discontent and protests because of opaque and ineffective communication.

There are also local denouncements on the reluctance of Japan’s foreign aid mechanisms like the Japan International Cooperation Agency, and of some Japanese politicians to communicate with local communities and media. It remains to be seen how the quiet economic diplomacy of Japan will function.

The Abe cabinet aims at rejuvenating the Japanese economy through shaping Myanmar into a big production base and vast market. However, despite great economic potential, it takes time to complete infrastructure construction, and vigorous rights movements in the young democratic country add uncertainties to foreign investment.

Moreover, with more US and European enterprises swarming into Myanmar, Japanese enterprises are facing more competitors.

Nay Pyi Taw is expecting more economic benefits brought by Japan rather than “political trouble.” It views Japan as a rich country which is generous with its investment in Myanmar, but it values the US more as Washington holds the key for Myanmar to integrate into the international community.

Therefore, Japan’s economic ambition and diplomacy in Myanmar is, to a large degree, one-sided, and it’s unknown whether the effects of the “financial diplomacy” could live up to expectations if Japan continues to prioritize seeking its own interests rather than candidly helping Myanmar’s economic development.