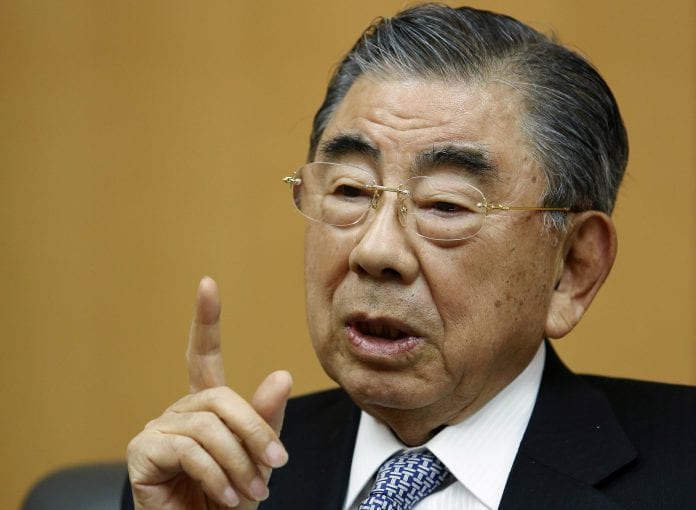 The 81-year-old Japanese executive who built 7-Eleven into the world's biggest convenience store chain has a new mission: turning more than 50,000 bricks and mortar stores in Japan into portals to a new online retail empire.

To do it, Toshifumi Suzuki, the chief executive of department store to mail order retailer Seven & I Holdings Co , is once again seeking inspiration in the United States. It's over 40 years since he kickstarted a revolution in Japanese retail by bringing 7-Eleven stores across the Pacific, eventually buying the U.S. owners after they sought bankruptcy protection.

In Suzuki's future vision, goods ordered online from Seven & I's department stores and supermarkets, as well as outside partners, will be delivered to and picked up from the thousands of 7-Eleven stores spread across Japan at customers' convenience. Most are open 24 hours a day.

"I've been talking for a while inside the company about integrating the real (bricks and mortar) side with the Internet, but nobody was taking it seriously," Suzuki told Reuters. In September, the Japanese retail guru decided to change all that.

He dispatched about 50 heads of the group's companies – his top lieutenants – on a mission to the U.S. He instructed them to visit retailers like Macy's Inc, shopping malls and Internet companies, examples of what he called "omnichannel" integration that are beginning to yield results – with orders to figure out how to apply it in Japan.

"In the U.S. they observed, they listened and they realised that this was possible, and now they're all motivated," Suzuki said.

Suzuki said the company is already in discussions on point-of-pickup arrangements for Japan with online retailers, including major players.

"We've had lots of approaches from people wanting to be partners," Suzuki said, although Amazon.com is not among them.

At the moment, 7-Eleven's stores in Japan don't offer the range of e-commerce services available at their U.S. counterparts. On the other side of the Pacific, for example, 7-Eleven maintains dedicated lockers for picking up merchandise ordered online from Amazon.

Amazon does have point-of-pickup arrangements with 7-Eleven's chief Japan rivals, FamilyMart Co Ltd and Lawson Inc. But 7-Eleven only offers such services for limited online product offerings, such as upscale cosmetics, purchased from other Seven and I retailers.

With no plans to step down any time soon, Suzuki has a reputation for a willingness to innovate and make big plays. In 1991, his company acquired a majority stake in its U.S. mentor and original 7-Eleven Inc owner Southland Corp.

The Japanese company then turned its U.S. unit around, transferring sophisticated data systems developed in the U.S. but refined in Japan, to manage inventories and optimise merchandise strategy at individual stores.

The company also pioneered many of the services and products – freshly prepared "bento" box meals, 24-hour banking and bill payments, a premium private label brand – that made Japan's convenience stores and especially 7-Eleven among the most profitable in the world.

To bolster its offerings in other retail segments, this month it acquired a 49.9 percent stake in the operator of 10 Barneys New York high-end apparel stores in Japan.