Japan’s Whisky Makers Drum Up Global Market for Their Drams 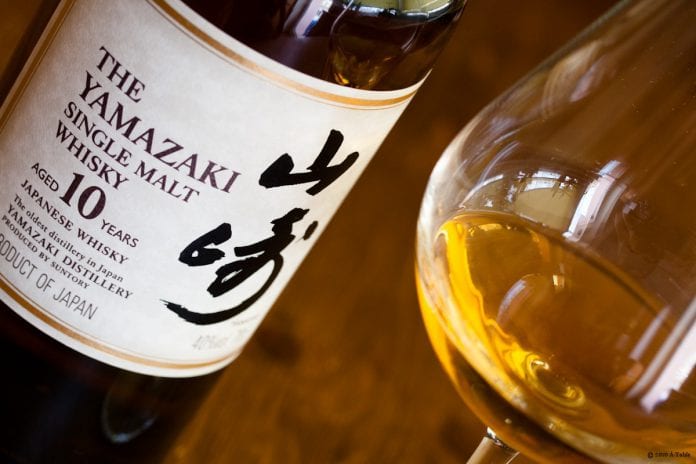 After years of being overshadowed at home and practically unheard of overseas, Japan’s whisky distilleries are expanding capacity as their malts become serious contenders against Scottish and Irish brands.

Exports are booming at Nikka, owned by Asahi Group Holdings, and at Suntory Holdings, which is ramping up production at its Yamazaki distillery for the first time in 45 years as domestic sales recover from a prolonged slump.

But some are concerned the distilleries may be caught out if the enthusiasm for whisky changes as it did in the 1990s, when several smaller players shut down as Japanese drinkers shifted to beer, clear spirits and imported liquor.

“At the moment, no one can see this boom busting. The difficulty is that you’re making it today for 20 or 50 years’ time,” said Marcin Miller, an importer of small-batch Japanese whisky with his British company Number One Drinks.

The drop in demand during the 1990s meant Suntory and Nikka had to cut production, industry experts say, leaving distilleries with a shortage of stock for their youngest single malts when whisky made a comeback in 2008.

Last year, Suntory stopped making its 10-year Yamazaki and Hakushu single malts and introduced “no age” versions instead. Nikka is expected to phase out its 12-year Taketsuru single malt after releasing a “no age” variety this year.

The slump had more a serious impact on minor distilleries such as Karuizawa, Mars and Hanyu. All three were mothballed by 2000 and their stock left dormant until a run of international awards for Japanese whisky brought buyers knocking.

In its earliest incarnation, Japanese whisky was a bootleg adulterated with spices and perfume. Lacking strict regulations of the Scottish and Irish varieties, it was largely ignored by foreign connoisseurs for much of its 90-year history.

“I thought going to drink Japanese whisky would be a bit like drinking a Welsh claret,” Miller said of his first trip to Japan in 1999, when he was editor of Whisky Magazine. “I wondered ‘Will my hosts be offended if I drink gin and tonic?’.”

Miller was soon converted but he found no one to share his enthusiasm with back in Britain, where Japanese whisky exports were practically non-existent.

The turning point came in 2001, when Nikka’s 10-year Yoichi single malt won “Best of the Best” at Whisky Magazine’s awards.

Japanese makers have stormed competitions ever since, with Suntory winning “Distiller of the Year” at the International Spirit Challenge for the third time in July and the Trophy prize for its 21-year Hibiki blend.

The acclaim nudged Japan’s distilleries to market overseas and sales jumped. Nikka’s exports grew 18-fold between 2006 and 2012, while Suntory is looking to double overseas shipments to 3.6 million bottles by 2016. They grew 16 percent in 2012.

While that is still a wee dram compared with sales of more than 72 million bottles at home, Suntory and Nikka export only premium varieties to the United States and Europe. In Japan, premium bottles make up 6 percent of sales.

A matter of time

Distillers and blenders toiled for years to replicate traditional techniques, following notes brought from Scotland in 1920 by pioneer Masataka Taketsuru, who worked for Suntory before founding Nikka.

Japan’s mountain water and icy winters proved ideal. Foreign fans rave about the authentic taste of Japanese whisky, a result of attention to every part of the process – from imported peat to the blending.

“While Scotch is about maintaining the flavour of a certain brand or label, Japanese distillers think mainly about increasing flavours,” said Atsushi Horigami, owner of the Zoetrope bar in Tokyo, which specialises in Japanese whisky.

Horigami said most Japanese drinkers go for blended whisky but the leftover stock from the mothballed distilleries – sold as single casks – has been a hit with foreigners.

Aficionados and speculators alike await the releases of batches of the Karuizawa stock, which was bought by Miller’s Number One Drinks in 2011. Miller says most bottles are snapped up within seconds, going for as much as £12,500 ($20,700).

But with just two years of auctions left and the remaining bottles from Hanyu and Mars also in short supply, some wonder where Japanese whisky lovers are going to find their single cask kicks in years to come.

“We may be on the crest of a wave now and in a few years see a completely different scene,” said Stefan van Eycken, editor of Nonjatta, a blog on Japanese whisky.

That’s where Suntory and Nikka hope to step in. But time will tell whether they can sustain the fashion for their brands for the decade or more it will take to produce their famed single malts.                      Reuters