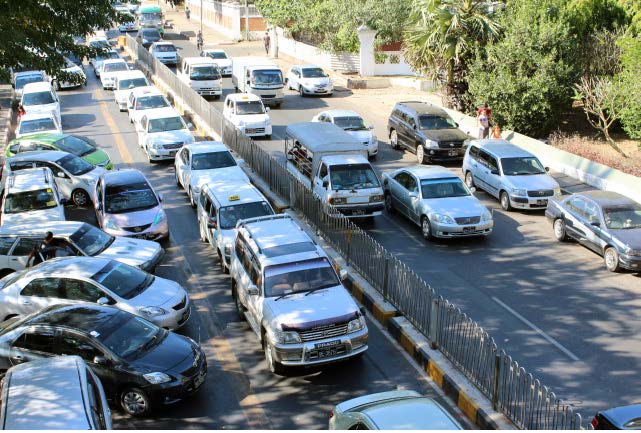 The new traffic signal control system was installed in 10 intersections including Chawdwingone (CDW), where Kaba Aye Pagoda road crossovers Parami road, known as one of the bottleneck intersections in the city. The systems started to operate on December 12 last year.

The installed traffic signals with sensors are synchronised and optimised by allocating the appropriate cycle length at each intersection.

JICA said it has received “a lot of positive comments” from Yangon citizens since the beginning of operation.

It added that the effectiveness of the new traffic signal control system to reduce traffic congestion has been quantitatively verified.

The traffic survey showed 40-70 percent reduction, even at the peak time, and reduction in the queue length of vehicles at CDW intersection, according to JICA.

YCDC has a plan to expand the traffic signal control system to additional 65 intersections in the city, JICA said.

Wako Industries Co Ltd is a manufacturer based in Saitama Prefecture of Japan and it plans to expand its business in other major cities in Myanmar.