JPMorgan Agrees $13b Settlement with US Over Bad Mortgages 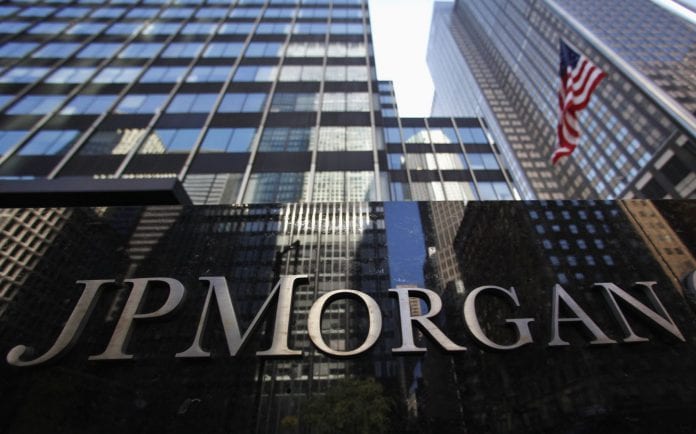 In late September, JPMorgan Chief Executive Jamie Dimon walked into the office of US Attorney General Eric Holder.
“We’re willing to take our lumps,” he said, according to a person briefed on the matter.
“We don’t think there were serious mistakes made,” he added, in a meeting he had requested with Holder.
JPMorgan finally took its punishment on Tuesday last week, agreeing to a $13 billion settlement with the US government to settle charges that the bank overstated the quality of mortgages it was selling to investors in the run-up to the financial crisis.
The Department of Justice trumpeted its settlement as a big step toward holding banks accountable for their behaviour before the financial crisis.
The behaviour that the largest US bank admitted to, authorities said, is at the heart of what inflated the housing bubble: lenders making bad mortgages and selling them to investors who thought they were relatively safe. When the loans started turning bad, investors lost faith in the banking system, and a housing crisis turned into a financial crisis.
The Justice Department said in its statement that JPMorgan acknowledged it had regularly and knowingly sold mortgages to investors that should have never been sold.
But JPMorgan’s Chief Financial Officer, speaking on a conference call, said the bank had not admitted to violating any laws. CFO Marianne Lake added that the facts the bank admitted to did not leave it vulnerable in other litigation.
In other words, the bank and the government did not agree about what they had agreed to in the settlement, capping weeks of squabbling over the terms of the deal.
At issue in last Tuesday’s settlement was the long chain of companies between lenders giving mortgages to consumers during the mortgage bubble and the investors that ultimately forked over the money to fund the loans. Often smaller lenders would make subprime mortgage loans, and sell them to a bank, which would package loans into bonds, and in turn sell them to investors.
With so many middlemen, investors had poor information about what they were buying, and capital flowed to loans that arguably should never have been made.
When the air hissed out of the US mortgage market, investors said they were gulled, and that the mortgages they bought were not good enough in the first place to have been sold. Banks for their part have said that mortgages failed not because they failed to meet investors’ stated standards, but because the housing market as a whole headed south.
JPMorgan said it has set aside the funds it needs to cover the settlement, meaning the deal will have no impact on its future earnings. The deal resolves most of its mortgage issues with federal authorities, the bank said.
The civil settlement marks the end of weeks of tense negotiations between JPMorgan Chase, which is looking to move past the legal issues that have plagued it for more than a year, and the
US government, which is under pressure to hold banks accountable for behaviour that led to the financial crisis.
But even after the settlement, the bank faces at least nine other government probes, covering everything from its hiring practices in China to whether it manipulated the Libor benchmark interest rate. It may still also face criminal charges linked to mortgage matters. Dimon avoided the worst pitfalls of the financial crisis, but now is discovering he did not avoid all of them.
The government called the settlement the largest in US history, but the deal is really several rolled into one. It includes a $4 billion consumer relief package, and a $4 billion settlement with the Federal Housing Finance Agency, which oversees government mortgage financing companies Fannie Mae and Freddie Mac, and $5 billion is for a civil penalty to the Justice Department and claims from other state and federal government entities.
Of the $4 billion consumer relief package, at least $1.5 billion will go toward loans the bank is forgiving. As much as $500 million will go to change the terms of loans to lower monthly payments.
The remaining $2 billion will be for assorted purposes, including new loans for low- and moderate-income borrowers in areas that have been hard-hit by the housing crisis and for demolition of abandoned homes.
After taxes, the settlement should cost JPMorgan about $9 billion, because about $11 billion of the settlement is tax deductible, said Gregg Polsky, a law professor at the University of North Carolina. The bank said last month it had set aside $23 billion to cover litigation expenses.
JPMorgan and government agencies reached a tentative agreement in mid-October and have been hammering out details since then. New York Attorney General Eric Schneiderman was also involved in discussions.
JPMorgan’s negotiations with the Justice Department began in earnest last spring, after Justice Department lawyers in California preliminarily concluded that the bank had violated U.S. civil laws. The Justice Department had looked into mortgage bonds the bank sold from 2005 through 2007, the company said in August.
The talks went sour, and government lawyers prepared to file a lawsuit against JPMorgan in September and scheduled a news conference to announce it. But they canceled it at the last minute as JPMorgan reached out to government officials to discuss a settlement. That effort to restart talks resulted in JPMorgan’s Dimon meeting U.S. Attorney General Eric Holder.                             Reuters