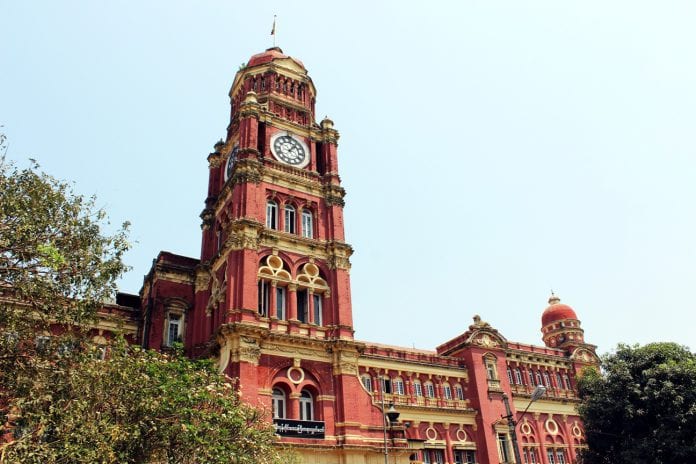 Two judges were dismissed for taking bribes between January and October this year, a police officer from Myanmar Police Force headquarters said.

Daw Si Si, a judge from Sittwe in Rakhine state, was dismissed after investigation revealed that she took bribe worth K400 million ($400,000).

Another judge from Homalin township, U Tin Sein, was also dismissed and sentenced to 10 years with hard labour, after the Parliament’s Anti-Corruption Commission found out that he took K1 million ($1,000) from his client in October.

The authorities confiscated all properties of Daw Si Si and U Tin Sein.

Corruption remains deeply rooted in Myanmar. Over the past three years, a judicial affairs committee in Myanmar’s Parliament has received more than 10,000 complaints, most of them related to alleged corruption.

According to a recent New York Times report, lawyers in Myanmar are well accustomed to paying out a stream of bribes to clerks and judges as part of a widely acknowledged culture of graft.

The Anti-Corruption Commission has stepped forward to take action against the corruption cases and the commission also urged public collaboration to report bribery.

“Our police station usually opens cases if anyone reports such cases with enough evidence,” said Myint Kyaw, a police officer from Yangon.