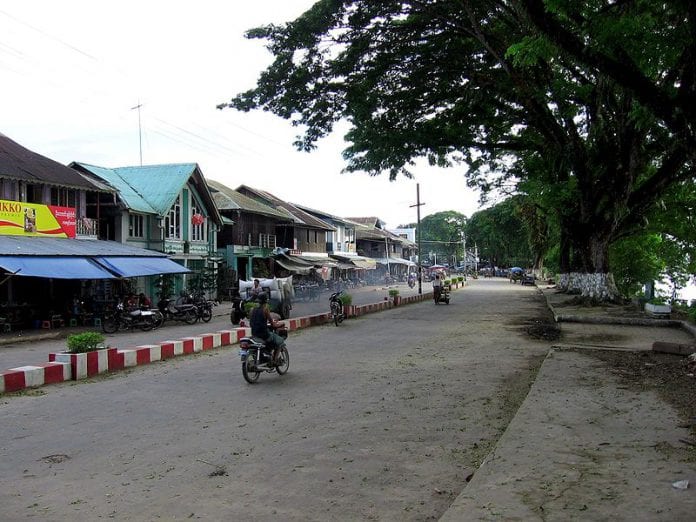 Although various goods from China flow seamlessly into Myanmar, agricultural products from Kachin state cannot be officially exported to China, U Paw Oo, chair of the Kachin-based Association of Industry and Commerce, said at the Myanmar-China Trade Promotion Forum.

Despite Kachin state’s strategic geographic location, which borders both China and India, trading with China through Kanpite Tee border gate is not allowed. Agricultural products such as rice, corn and rubber produced in the state are not allowed for export to China, even after requests were made in previous Myanmar-China trade forums.

“Now goods must travel out of the way through Kathar, Bamaw to LwalJel, because the Kanpite Tee is blocked. We have requested in the past to allow exports of rice and corn as substitutes for opium,” said U Paw Oo while explaining these difficulties at the forum.

Kachin traders must travel through Shwe Li-KyalKhaun, the border area of Shan state, to buy goods, which they then have to smuggle back into Kachin state through informal channels, because official passage is not allowed, he continued, while calling for the easing of restrictions to ensure easy transportation of goods to Myitkyina, the capital of Kachin.

Most of the transactions between Myanmar and China go through Muse’s 105-mile border trading hub, while on China’s side, Shwe Li and Kyal Khaung are the business centres for trading with Myanmar.

Investors from China also come into Kachin state to develop joint agricultural businesses producing crops such as banana, sugarcane and cassava. These crops are then exported to China, who then distributes them globally without labelling Myanmar or Kachin state as the producer, he said.

“We are glad to have China as the chief investor in Myanmar. Although we are seeing many Chinese investors conducting business in Kachin by leasing land, they have yet to make an effort to transfer technology or produce employment benefits in the local population.

Currently, trade in Kachin state is hindered by armed conflicts, which makes the need for official trade channels increasingly crucial, U Aung San, vice president of the association, said.

Over 80 percent of Myanmar’s rice exports go to China, most of which are through the Muse 105 trading hub. With corn as another major export to China, the association has asked the forum for authorisation to export the maximum quota of tariff-free corn through the Kanpite Tee border post.