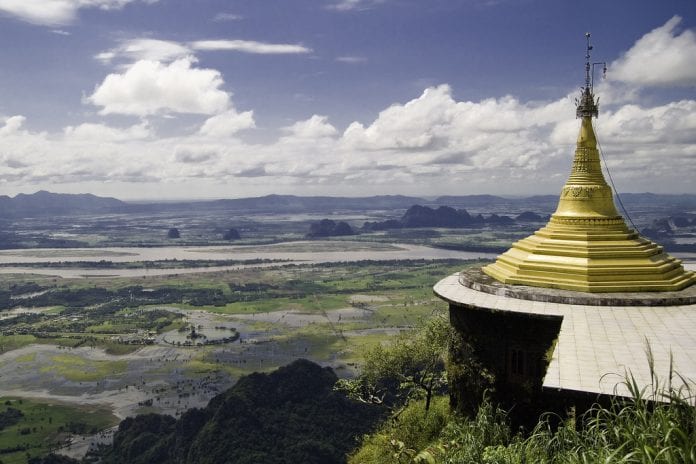 A cable car project on Zwekapin Mountain in Hpa-an city in Kayin state has begun construction recenty, according to project managers.

The project is expected to facilitate pilgrims and travellers to Zwekapin Mountain, where Zwekapin Pagoda is located at a height of 2,734 feet above sea level. The area in Hpa-an, the capital city of Kayin state, is famous for its greenery.

U Zaw Htay, chairman of the project, said, “We arranged for the construction for the convenience of tourists, because the tourists visits have increased in recent years. We received technological support from abroad.”

The project will be operated by Mottama Company and Myanmar Engineers Association with the technological support of experts from Singapore.

It starts from Lombani Garden on North-West of the mountain. Kyaikhtiyo (Golden Rock) and Zinkyaik mountain where the sacred Buddha hair relic pagodas are situated, can be seen on the top of this mountain, U Aung Myint, a spokesperson for the project committee, said.

The first draft of the plan envisioned two cable cars with a capacity to carry 80 tourists. However, the final plan will see four cars.

The estimated cost of the project is between $20 and $24 million, and the final cost will be announced publicly when the project is finished, officials said.