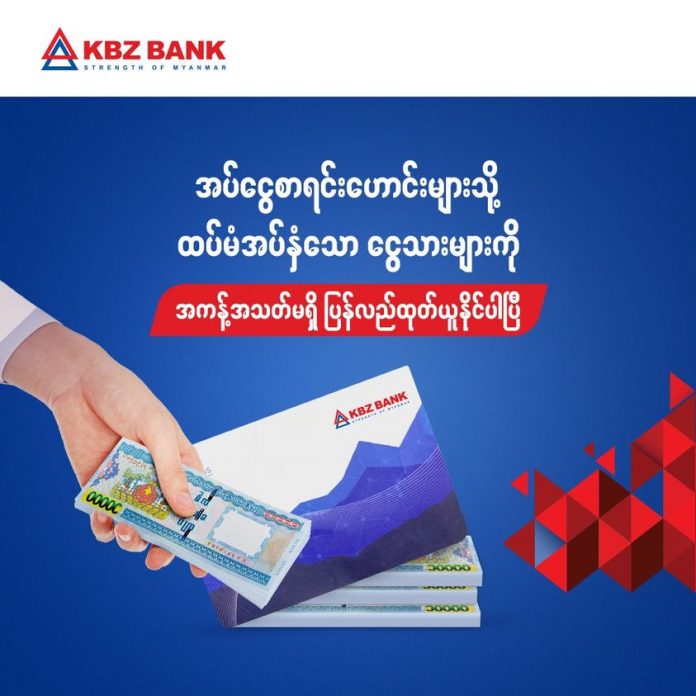 KBZ bank announced that its customers can now withdraw cash from their personal bank without any withdrawal amount limitation, but it only applies to the cash newly deposited into the bank account, not to the previously deposited remaining balance in the bank account.

The KBZ bank announced it on Facebook and the comment session of the announcement was flooded with backlashes from the netizens as it does not allow previously deposited bank balances to be withdrawn without limitation.

The limitation on cash withdrawal remained until today and customers are reluctant to deposit their cash, which cannot withdraw at their will. To bring in cash, banks launched a program in which customers open new bank accounts from which they can withdraw cash without limitation but only if they have deposited it in cash.

Moreover, the Myanmar Kyat also devalued reaching over MMK2,000 per dollar compared to below MMK1,500 per dollar before February 2021.