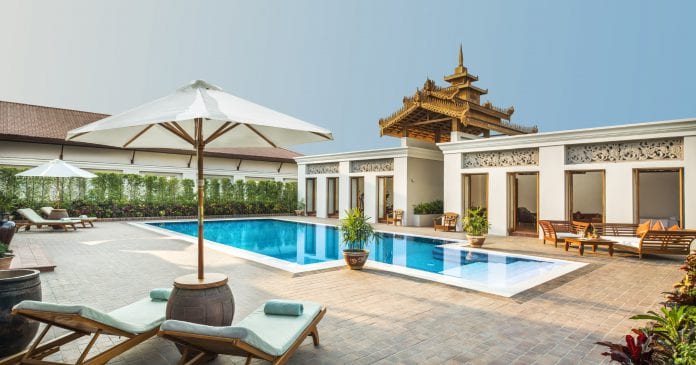 The awards ceremony was held in Yangon last week and joined by 250 of Myanmar’s real estate executives and industry leaders.

Kempinski Hotel Naypyitaw features a teakwood Royal Pavilion inspired by this dynasty from the 18th century. The hotel also features a collection of Myanmar traditional artwork and architectural elements that include the gold leaf decorated ceiling of the reception area.

“One of our missions is to feature the ultimate luxury hotel in Myanmar offering state-of-the-art infrastructures while leveraging the rich history and architecture of Myanmar that makes this country so unique and different from other Asian countries,” Franck Droin, General Manager of Kempinski Hotel Naypyitaw, said.

The ceremony was the result of a six-month nomination process and site visit period, conducted by an independent panel of judges.

“As the Awards are well-respected and established in other markets, the winners should receive strong recognition throughout the region, and through such recognition, they will be able to build their brands as market leaders within the Myanmar real estate industry,” said Richard Emerson of Savills Myanmar, chairman of the panel of judges.

“It will also help to differentiate the better quality projects at a local level, which should add to increased credibility and trust from a buyer or occupier’s perspective.”