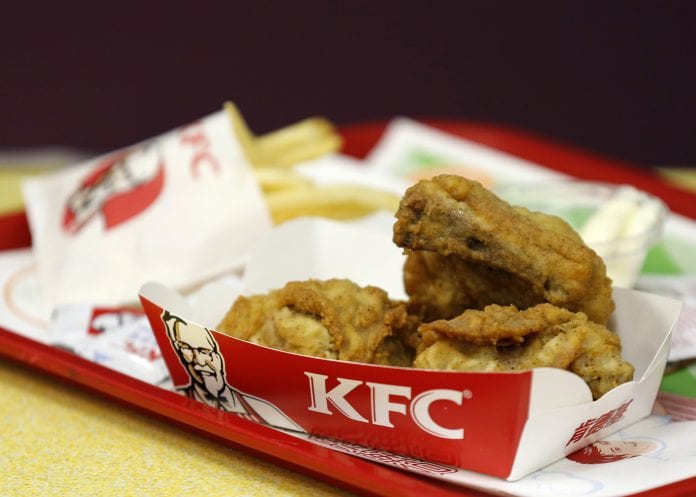 Myanmar’s first KFC franchise is set to open in Yangon, in a partnership with Yoma Strategic Holdings Ltd, the latter said in a statement.

According to the release, Yoma Strategic will open several more KFC locations in Yangon before the end of this year. This partnership underscores Yoma Strategic’s push to position itself as a key player in Myanmar’s expanding food and drinks sector.

Like several other Yum! Brands restaurants, KFC has become increasingly reliant on emerging markets for increased sales. Yum!’s website boasts of plans to open over 2,000 restaurants outside of the US in 2015, a steady pace from the 2,030 opened in 2014.

US revenue from KFC franchises have stagnated in 2014 amid a growing range of competition, but international revenue, especially to China, has formed an increasing proportion of its revenue.

Fried chicken is not a new concept in Myanmar, where drumsticks are commonly known as “chicken boxing.”

Fast food has been the subject of some backlash in Southeast Asia recently. Reuters news agency reported in June 2014 that Singapore, Thailand and Malaysia had all launched public awareness campaigns against their growing obesity problems, focusing on western fast food and sugary drinks.

The World Health Organization estimates that Southeast Asia has the lowest obesity rates in the world, with 14 percent of people overweight and 3 percent obese. Myanmar’s obesity rate remains quite low by world standards, averaging 1.9 percent for males and 6.0 percent for females, according to a 2014 WHO report.