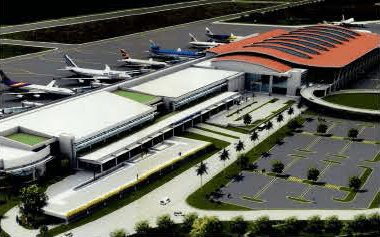 Seoul-based Jipyong Jisung is advising a consortium led by Incheon Interna­tional Airport Corp, which has won the $1.1 billion bid to build a new international airport near Yangon.

The consortium selected Ji­pyong Jisung to be its external counsel for the bid as well as the project through a competitive tender. Yulchon and Lee & Ko were among other Korean firms bidding for the mandate.

Jipyong Jisung is the first and only Korean firm to have a physical presence in Myanmar, having launched there as a con­sultancy firm in Yangon in No­vember last year. The office now has 10 staff members, including three Korean lawyers and seven Myanmar professionals. Apart from Myanmar, the firm has six other foreign offices, mostly in Southeast Asia.

The firm has also previously worked for the members of the consortium, such as Kumho Industrial.

Jipyong Jisung’s head of Myanmar practice Cheol Jeong, a partner based in the Seoul head office, is leading the firm’s advice to the consortium in the Myanmar airport project.

Jeong noted that Jipyong Jisung has been the sole adviser to the client so far, acting on a wide range of issues, such as the concession agreement and financing arrangements. However, more firms may be instructed during the construc­tion and finance stages of the project.

He also said structuring the project finance transactions for one of the first infrastructure projects in Myanmar would be a challenging task.

“The project will face a lot of legal obstacles under the current legal framework of Myanmar. For example, the country has very strict rules for providing securities for bank loans and rules that forbid any private person or entity from having ownership of the land. The main concerns will be how to come up with a loan structure that’s feasible for financial in­stitutions to provide the project company with loan facilities,” said Jeong. He expected the negotiation and discussion be­tween the consortium and the Myanmar government to be a lengthy process.

Alongside the Korean consor­tium, Japan’s Mitsubishi Corp was awarded the project to improve and operate Mandalay International Airport. It is un­known which firm advised the Japanese trading giant.

However, significant projects like this one has attracted Japa­nese firms to expand to South­east Asia. All four of Japan’s largest firms – Anderson Mori & Tomotsune, Mori Hamada & Matsumoto, Nagashima Ohno & Tsunematsu and Nishimura & Asahi – have opened an office in Singapore over the past few years.

“There’s significant interest from Korean and Japanese companies to invest into Myan­mar. The opening of the Yangon office has proven to be the most strategically important among all our overseas outfits,” said Jeong.