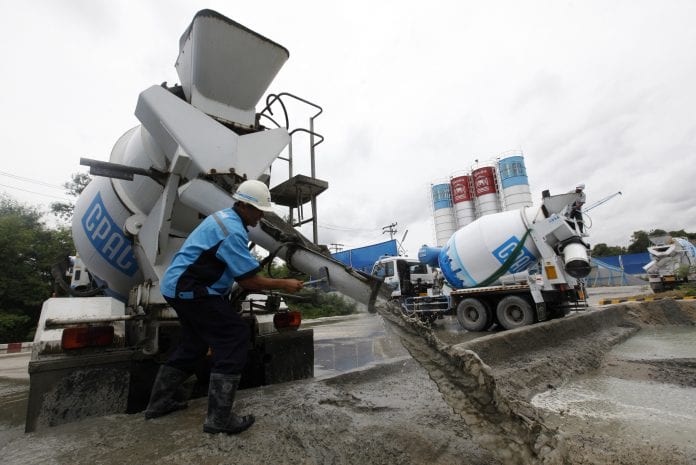 As rapid infrastructure development continues to increase the demand for cement, builders are primarily utilising imported cement due to the low quality of domestically produced cement, industry insiders say.

When compared to imported cement, locally manufactured cement is lower in terms of quality but pricier because of the low volume of production, making it less desirable.

This phenomenon is the result of sanctions that have caused Chinese machines and spare parts to replace German machines in cement manufacturing factories, said U Ko Ko Thwe, owner of Taw Win Construction Co Ltd.

“Factories are staffed with a plethora of unskilled workers, who have little or no knowledge of cement. Hence, the quality of cement is unsafe and there needs to be improvement in the management and technical human capital,” he told Myanmar Business Today.

Yet, this locally made cement is used in making bricks and building roads.

Currently, there are three state-owned and 12 private cement factories, which have the capacity to produce 4.02 million tonnes of cement per year. Myanmar Investment Commission has given the go ahead to nine new cement factories to be constructed by 2015.

“As a result of this development, cement production rate [is expected to] be up to 10.53 million tonnes,” said Union Minister for Industry U Maung Myint.

“With the boom in the construction sector, foreign investors will play a major role in supplying the materials to accomplish infrastructure projects such as building roads, harbours, hotels and SEZ construction,” he added.

The minister said the investors have to take into account the hazardous effects on health and social welfare of the chemical smoke released from using raw materials related to cement manufacturing.

There also needs to be innovation so that the energy consumption rate and the adverse effects of carbon production are reduced, he added.

Myanmar imports cement mainly from Thailand and partly from Indonesia, Malaysia and Bangladesh.