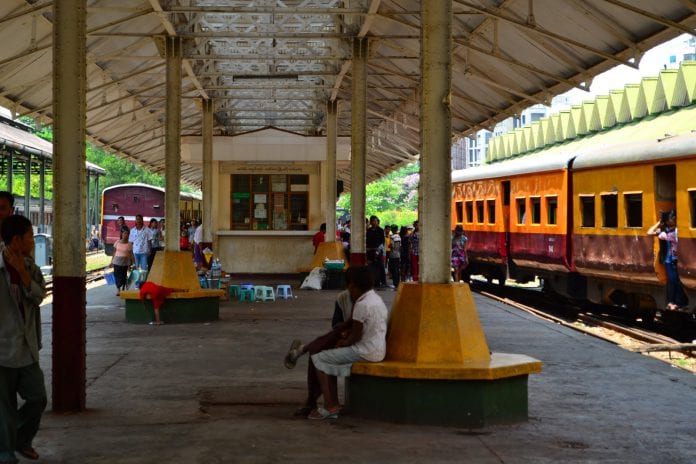 Owners of lands that fall within the area of the Yangon Circle Line rail track upgrading project will be compensated based on local market land prices, said U Tun Aung Thin, general manager of the state-run Myanma Railways Enterprise.

The project, a partnership between Myanmar Railways and the Japan International Cooperation Agency, is expected to commence in 2015 and includes the implementation of high-speed trains, track upgrades and aims to ease Yangon’s deteriorating traffic.

“Over the coming months, land in the area of this project will be preliminarily inspected to determine ownership. If local residents are found to be the legal owners of the land, they will be compensated according to the scheme laid out by the government,” U Tun Aung Thin told Myanmar Business Today.

“Residents living in makeshift accommodations on Myanma Railways territory will be removed, he said. Although it is unclear how the government will assist them.

A resident from the project area said: “Landowners in the project area are worry the government will not compensate them based on the market price because of Yangon’s extremely high land prices.

“When the time comes, and if officials make up some excuses and refuse to pay the market price, there will be disputes.”