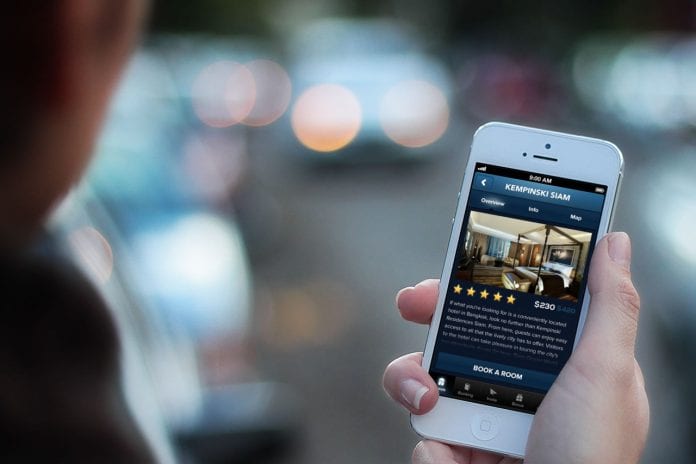 HotelQuickly, a Hong Kong-based company that made an app for last minute hotel bookings, said it has expanded into Myanmar in a bid to cash in on the latest tourism boom.

“A couple years back, Myanmar was uncharted territory,” said CEO and CoFounder of the startup company Tomas Laboutka.

“Now the country is booming with new hotels opening up constantly. We wanted to make sure we could serve our customers travelling in the region by offering the best rates in the region.”

The firm said it saw a growing demand for last minute hotel booking services in Myanmar, along with its neighbouring Laos, and decided to move quickly to support users travelling to these destinations.

“Our app is more and more being used by backpackers and flashpackers, who travel driven by inspiration and daily mood, preferring to find a place to stay on the day of arrival,” said HotelQuickly CoFounder, COO & CMO Christian Mischler.

“Laos and Myanmar were white spots, so we’re now enabling travellers to fully rely on HotelQuickly when exploring the countries bordering Thailand.”

With Myanmar’s tourism industry on the rise as travel restrictions are reduced, the company said it expects a rise in demand from leisure and business travellers making impromptu visits throughout the country.

The company said it will list a handful of selected hotels at launch, and add more properties throughout the upcoming weeks. In total, the app will feature a total of 60 hotels from the two countries, while the app has more than 3,500 hotels in total on board.

Within Myanmar and Laos, HotelQuickly will be available in three cities in each country: Bagan, Mandalay and Yangon in Myanmar, and Luang Prabang, Vang Vieng, and Vientiane in Laos.

“Spontaneous hotel booking should be fun and rewarding,” Mischler said. “As more and more hotels want to become a part of HotelQuickly, we will continue to expand and deliver that service to our growing audience.”

HotelQuickly said it’s adding about 2,000 to 3,000 downloads per day, while it racked up a total of 450,000 downloads since March 2013. Its biggest market in terms of bookings is Thailand, but Mischler said Singapore, followed by Hong Kong, generate the most revenue for the company.

HotelQuickly will not be opening an office in Myanmar or Laos, however, there will be sales representatives to meet hotels, explain the concept of the last minute hotel booking app and get them on board, it said. All relationship building efforts will be done out of its office in Bangkok.