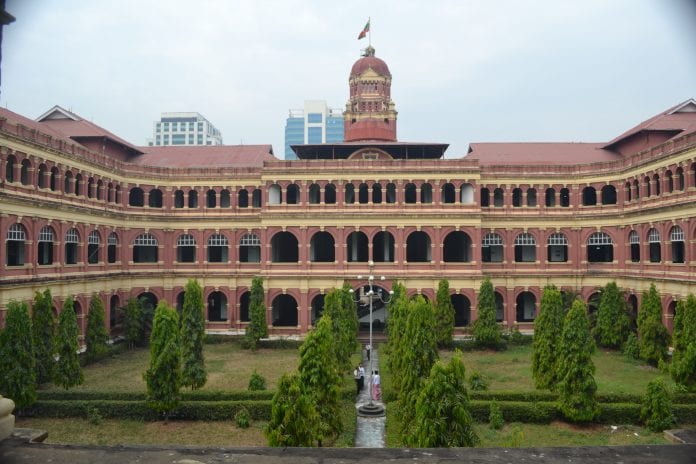 Myanmar Lawyers’ Network (MLN) is planning to sue the government and a private company for developing a hotel project at a heritage building in downtown Yangon, MLN executive Soe Tint Yi said at a protest last week.

About 200 lawyers took part in the protest.

Criticising the government for lack of transparency, U Soe Tint Yi, said the network will file a lawsuit against the Chairman of the Myanmar Investment Commission and the private company.

Located at the heart of the commercial city and overlooking the Yangon River, the 90-year old building used to house the Yangon Division Court and township courts till 2012. The Second

Parliament Meeting was held in that building after Myanmar won independence from the British in 1948.

Negotiating with Minister at the President’s Office U Soe Thane, the network demanded preservation of the historical building rather than leasing it as a hotel in order to maintain the integrity of the country, saying that “the architecture of the building is just for a court”.

Township courts and the Yangon Divisional Court were reportedly forced to vacate the building in early 2012.