LCH Project Housings to be Up for Rent 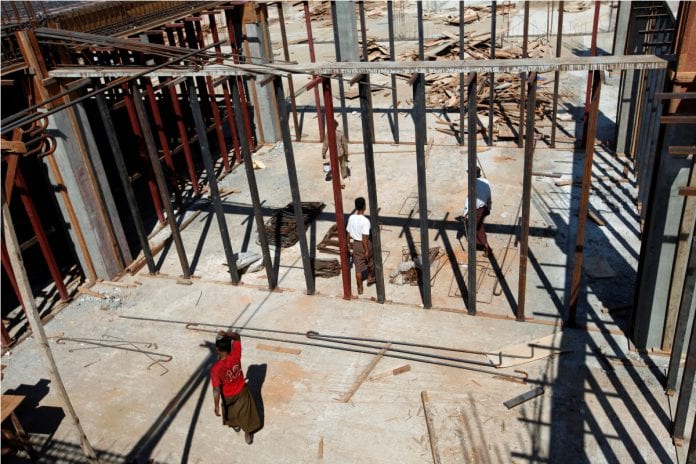 City dwellers will soon be able to rent low-cost housing (LCH) estates which were only up for sale before, the authorities said.
The Department of Human Settlement and Housing Development (DHSHD) has been carrying out several low-cost housing projects around Yangon, but now the department will start building low-cost housing estates that will be up for rent, sources from the department said.
Earlier, the United Nations Human Settlements Programme (UN-HABITAT) advised the authorities that it would be more appropriate to build low-cost buildings that can be rented to people rather than selling.
U Min Htein, general director of DHSHD, said, “We are arranging for the grassroots to rent low-cost housing estates before they become able to purchase the estates.”
The UN-HABITAT is going to support the DHSHD with funds for building electricity, water and sanitation system for the low-cost rental housings, sources said.
The Yangon Region government is currently in discussion with respective departments and organisations to identify lands to start the construction process, they added.
Currently, there are two low-cost housing projects underway – Yadanar low-cost housing estate in South Dagon township containing 19,000 apartments and Kyansitthar low-cost housing estate containing 3,000 apartments in Hlaing Tharyar township. Apartments at the Shwe Lin Ban low-cost estate, which has over 800 apartments, will be up for sale in January, starting with K10 million ($10,000).
Many Yangonites aren’t totally convinced that these projects are “low-cost”. U Myo Min, a resident from South Dagon, said: “Low-cost buildings are not low-cost because most of the people don’t have this much money.
“But, the low-cost rental estate projects will be beneficial for people with lower income. It should be implemented as swiftly as possible.”