Let Us Not be Mistaken 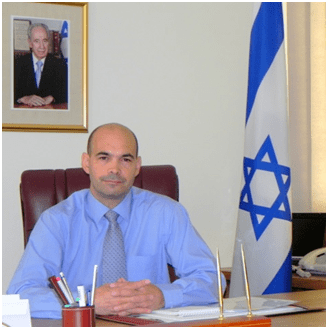 In the latest weeks, Israel is facing a growing challenge by the media and so called “experts” that criticize and even try to delegitimize Israel’s legitimate right to combat terrorism.

There is no argument that the pictures shown by the different TV channels are really disturbing ones, but they shouldn’t mislead the viewers from pointing towards the main culprit, directly responsible for the current events.

Those who are quick to judge and condemn us, must remember that it was Hamas – proclaimed not only by Israel but also by the Quartet as a terrorist organization, that launched a deliberate massive rocket and mortar shells attack, against innocent civilians in Israel.

This same terrorist organization is the one that continuously violates the international law, by choosing schools, kindergartens, mosques and hospitals to shield its intentions and operations. By doing it – they are committing a double crime: First, targeting innocent civilians in Israel, and second…by using its own population as human shields.

Since Israel’s unilateral withdrawal from the Gaza Strip (2005), the Palestinian Authority and later on the Hamas had the opportunity to lay the foundations for their independent state, invest in education, health and other civil infrastructure of their nation, for the benefit of their people – their future generations.

Instead, they decided to invested the millions of dollars, provided by the international community, in building an extensive terror underground tunnels system and acquiring an arsenal of weapons larger than the one owned by many sovereign states in the western hemisphere.

Let us not be mistaken, let’s stick to the facts: It was Hamas that started this cycle of violenceby kidnaping and later murdering in cold blood, three innocent Israeli teenagers. Furthermore, during the first three week period of the operation, the Israeli government showed great restrains, but after an increasing rockets launches we decided to implement our legitimate right, under chapter 7 of the UN charter – and act in “Self Defence”.

Israel launched operation “Protective Edge”, not against the Palestinian people but against a deadly terrorist organization financed, trained and supported directly by the Ayatollahs regime in Teheran.

The main goal of this operation is to restore peace and stability, and stop the consecutive fire against innocent Israeli civilians.

I can assure you than no country, no government would allow 2/3 of its population, to be deliberately targeted by Rockets and missiles without reacting.

Furthermore, like any human being we are deeply concerned about any civilian casualties and as mentioned numerous times before, by our PM and other Israeli officials, we deeply regret any casualties among the Palestinian people. Therefore, the Israeli IDF is doing its outmost to prevent civilian casualties, an action that already claimed many Israeli lives

Don’t expect us to apologize for not having a large number of civilian casualties, since the main reason for that is not the lack of willingness from the Hamas side, but only due to Israel government huge investment in building shelters and developing the most sophisticated anti-missile system – the “Iron Doom”, in order to protect our population

In other words, we built an anti-missile system to protect our civilian…and Hamas is using its citizens to protect their missiles.

Moreover, the Hamas constantly exploits Israel’s concern for human life, and the weakness and lack of enforcement from the part of UNWRA and the rest of the international community, to deal with its consecutive violations of international law. Hamas, as a terrorist organizationis hiding and deliberately launching rockets located in schools, mosques, kindergartens and hospitals.

Instead of condemning Hamas’s behavior, the international community is concentrated on criticizing Israel’s reaction. Statement such as the one made by Coronel Richard Kemp, the former commander of British forces in Afghanistan- that emphasizes clearly “…the IDF did more to safeguard the rights of civilians in a combat zone than any army in the history of warfare…”fall on deaf ears.

In compliance with the restriction we set upon ourselves, Israel is paying a very high price for its efforts in protecting civilians, In the 30 days of battle we have already counted 67 dead soldiers and more than 400 wounded, and those terrible numbers are due to the most honorable code of conduct that characterize the IDF soldiers, which I’m proud and honored to represent.

Finally I suggest once more, not to be misled by false propaganda, since this conflict that Israel is facing today it’s only a micro cosmos of a greater threat that should concern every human being around the globe.

The simple fact is that Israel is involved in a cultural confrontation between two completely different societies, represented by opposite codes and values: One that sanctifies the infinite value of life, and an opposite one, that sadly celebrates and encourages martyrdom, death and despair.

Hagay M Behar is the Ambassador of Israel to Myanmar. Views and opinions expressed in this article are the author's own and don't necessarily reflect Myanmar Business Today's editorial opinion.