Letpadaung Fiasco to be Included in EITI Report 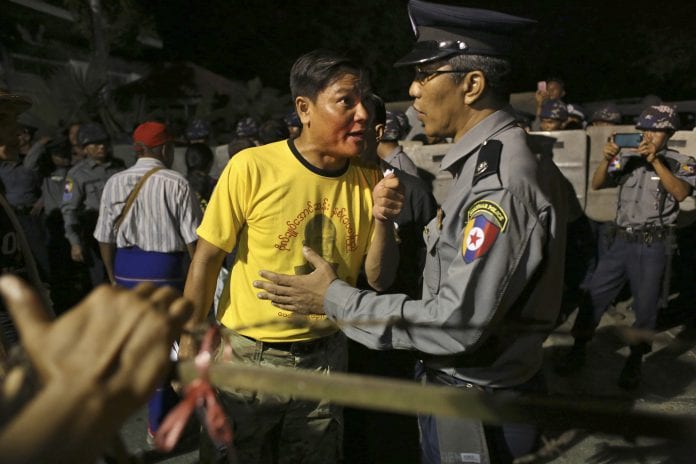 The conflict revolving around the controversial Letpadaung copper mine will be included in Myanmar’s first EITI (Extractive Industries Transparency Initiative) report, according to activists involved in implementing EITI standards.

The case of the Chinese-operated mine in Sagaing region that has faced strong opposition from the locals for land seizures in recent years will be covered in the EITI report, which Myanmar must produce by January 2016, said U Win Myo Thu, a civil society representative in Myanmar Multi-Stakeholder Group (MSG) comprising members of government, companies and civil societies responsible for EITI implementation.

“Public opinion should decide whether to continue the mining project or not. The government also should take responsibility for [their handling of] the protests,” he said referring to the deadly clash between local villagers and the police in late December that resulted in the killing of a protester.

MSG members also met with government officials on January 14 in Naypyitaw to discuss the project and request the officials to solve the problem responsibly.

The Myanmar National Human Rights Commission also investigated the issue and concluded that the police did not follow the procedures properly and made mistakes in the report released on January 14. The report provided recommendations to avoid further violence and damage in the project area.

Letpadaung copper mining project can start producing processed copper materials in early 2016 and has the capacity to produce 1 million tonnes of copper annually, said U Than Htike, Sagaing region minister for forestry, energy and mining.

Two percent of the profits generated from the projects will be used for the development of the local communities while the rest will be divided between Chinese firm Wanbao, military-owned Union of Myanmar Economic Holdings (UMEHL) and the state-run Myanma Mining Enterprise, as stipulated in the mining licence.