Let’s Get Water to Myanmar 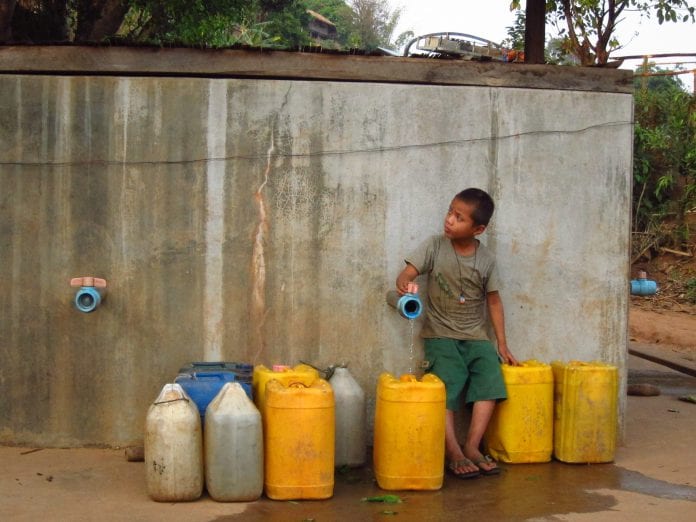 After decades of neglect, the water resource management system is coming under the spotlight in Myanmar. The second-largest country in Southeast Asia, home to about 62 million people and with a land surface of over 676,000 square kilometre, is finally seeing its leaders turn their interest to the provision and protection of potable water – opening up an array of opportunities for companies operating in the sector.

Forty-nine years of military rule have left Myanmar’s water management system in a dire state. The current water supply system in Yangon, the country’s economic capital, is over 50 years old; 40 percent of the water passing through its pipelines is estimated to be lost due to leakages and unreliable meter systems.

Despite the local government adding pipelines at a rate of 290 miles a year, only 60 percent of the city has access to tap water. With too few sewerage plans, water which does make it to the tap is not safe to drink and needs to be boiled or filtered. The situation outside of Yangon is not any better: throughout the country, septic tanks can be seen emptied into open drains, polluting rivers and groundwater reserves and causing long-term detrimental effects to the environment.

The water infrastructure outside of cities is almost inexistent, forcing rural populations to rely on unregulated boreholes and wells which dry up in the summer. Nationwide, an antiquated and inadequate water supply infrastructure means that only 6 percent of the potential water supply available in the country is being utilised, and demand far exceeds supply.

Things finally appear to be changing – Thein Sein’s government has made the supply of potable water a top priority to Myanmar’s initiatives in opening up its economy. Public-private partnerships are springing up throughout the country to speed up infrastructure renewal in the areas of flood protection, water quality and water supply.

In Yangon, Japan’s International Cooperation Agency (JICA) is working on building a masterplan for water supply and sewer works in the city’s metropolitan region; water and wastewater company VCS Denmark is completing a feasibility study to build a high-tech pipeline system to provide clean water to the capital’s residents. Countrywide, the Dutch institute Deltares has started collecting the knowledge and data required to develop an integrated water management system for Myanmar.

This trend provides a major incentive for water management companies to turn their attention to the “Golden Land.” The country is in dire need of pipelines, pumping stations and sewerage plants, demand for which is expected to rise significantly in the next few years. What’s more, besides the need to build the physical water infrastructure, the necessity is to establish water management techniques and know-how throughout the water resource management system.

For example, sector employees need to learn how to locate seepages using equipment, as well as determine whether meters are operating correctly or if water is being illicitly siphoned off. Specialised engineers need to be involved in the rehabilitation and extension of the distribution network, taking into account varying geographies and the differing water levels between seasons. And overall, water education needs to be provided – populations require information and advice regarding hygiene, water economies as well as agricultural irrigation.

For companies which can harness and overcome these challenges early on, the water industry in Myanmar offers plenty of opportunities to capitalise on the country’s economic liberalisation. A solid strategy, healthy finances, trustworthy contacts and a strong set of nerves will be essential – but once the potential is unlocked the benefits are certain to be rewarding.

Eleonore Mouy is a Franco-British citizen with an interest in economics, entrepreneurship, Southeast Asia and current affairs. She holds a Bachelors of Science in Economics from the London School of Economics and currently lives in Singapore, working at strategy and research firm Point Consulting (www.point-consulting.com).