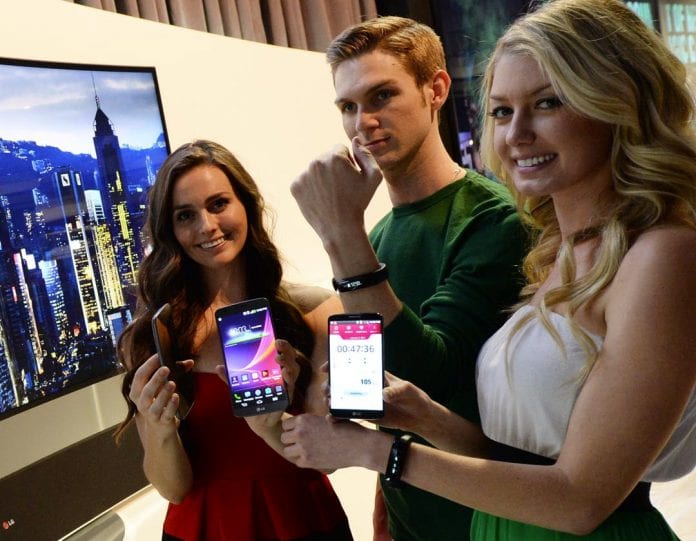 Lifeband Touch is an activity tracker that is compatible with heart rate monitors (HRM) as well as smartphones. The Heart Rate Earphones allow users to measure their heart rate while exercising. Both the products, unveiled at the 2014 International Consumer Electronics Show (CES) in Las Vegas, can wirelessly link up to each other.

The company said both devices are designed to help users take “greater control over their health.”

Connected to smartphones (Android and iOS), the devices can transmit data to the LG Fitness app, or to a number of other third party apps such as MyFitnessPal, Runkeeper or MapMyFitness, LG said.

Lifeband Touch features a touch OLED panel to display time, biometrics, incoming calls and music controls, and the built-in 3-axis accelerometer and altimeter allows the device to accurately measure key performance indicators such as distance, speed, number of steps, calories consumed and projected pace. All this information is visible on the OLED display.

The company said the device has been engineered to be lightweight and simple to use – it incorporates a motion-sensing algorithm that automatically turns on the display when the wearer rotates her wrist. Lifeband Touch also offers wireless connectivity via Bluetooth to transmit data to a smartphone or receive data from third party devices.

The Heart Rate Earphones feature PerformTek sensor technology which measures blood flow signals from the auricle, the external part of the ear to capture accurate biometric data such as heart rate and maximal oxygen consumption (VO2 max). A clip-on medallion connected to the earphones provides Bluetooth connectivity, enabling the unit to send data to a smartphone.

“We wanted to introduce wearable fitness products that met the expectations of today’s tech savvy consumers and brought something new to the table, which in our case meant exceptional design, comfort and functionality,” said Jim Clayton, executive vice president of LG’s New Business Division in the Home Entertainment Company.

“The uniqueness of our wearable devices is that they weren’t just designed for exercise but also for day-to-day use in the office or around the home. With Lifeband Touch, you can get call and text notifications sent from your smartphone while the Heart Rate Earphones are perfectly happy playing back music all day even when you’re not exercising. These are much more than just fitness devices.”

Lifeband Touch and Heart Rate Earphones will be available starting in the United States in the first half of 2014, to be followed by rollouts in other markets.

The company also unveiled the world’s first Flexible OLED TV at the CES. With this TV unit, viewers can control the angle of curvature to have viewing experiences suited to their particular needs, the company said.

“LG’s Flexible OLED TV is a product that has to be seen to be believed because it defies description,” said HH (Hyun-hwoi) Ha President and CEO of LG’s Home Entertainment Company.

“What curved is to flat, flexible is to curved. LG continues to lead the evolution of televisions into the next generation.”

The curvature of the display of LG’s Flexible OLED TV can be altered using the TV remote to suit the viewer’s preference. The range of curvature was determined by taking into account factors that affect the viewing experience such as screen size and viewing distance.